FTX collapse left the market frenzy. The crypto market is still struggling to get back on track. Many crypto projects have lost their value. The market is trending towards a new regulatory frame.

The fall of Terra came first. The centralized lenders' bankruptcy follows. And then comes the market quake, the FTX collapse, and one of the biggest cryptocurrency exchanges in the world, almost certainly going bankrupt.

Due in part to the fact that FTX is a fundamentally different sort of business than a crypto lender like Celsius, its failure has rocked the sector to its very foundations. A cryptocurrency exchange is called FTX. It performs the function of a trade facilitator, receiving a transaction fee for each deal that one of its customers completes. Since FTX is neither a loan nor a trading company, technically they should always have access to 100% of their client’s money.

What Caused the FTX Collapse?

This was the situation when it all started to happen. Popular cryptocurrency news outlet CoinDesk released an article that included the balance sheet of Alameda Research, FTX's sibling company that operated in the hedge fund industry. It was discovered that Alameda controlled billions of dollars worth of FTT, the native cryptocurrency of the FTX exchange, by the paperwork provided. And it doesn't end there; in reality, the FTT tokens were used as additional loan collateral, something that wasn't made public. 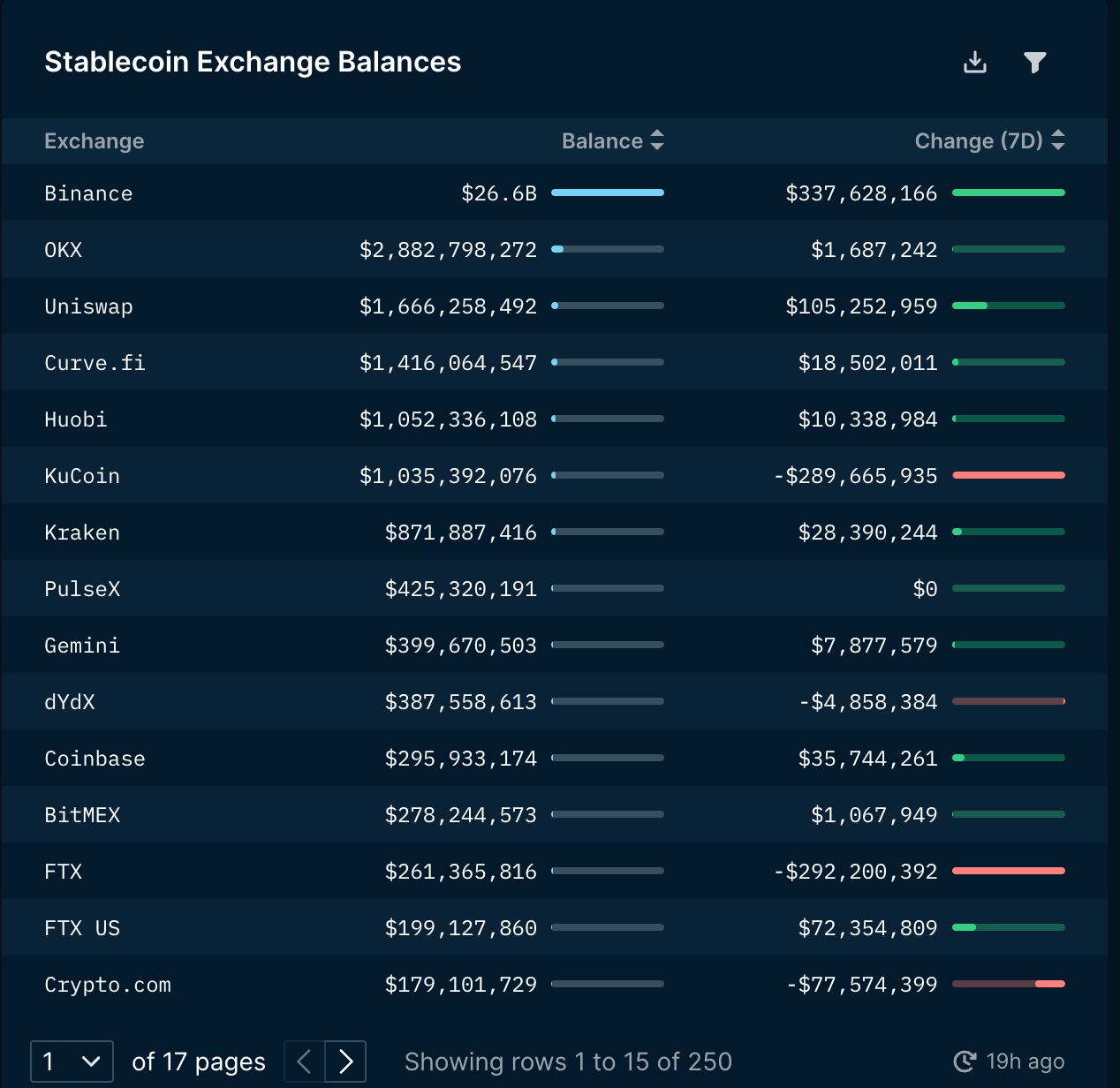 Due to FTX's native token FTT, the corporation offered this as a share in FTX that it then pledged to repurchase with a fraction of its future revenues. But according to papers published, the group's hedge fund, Alameda, was utilizing FTT to make hazardous loans, basically trading with company stock. A large FTT shareholder, rival exchange Binance, announced it was selling its assets in response to the news, causing a run on the exchange as other users rushed to withdraw their money.

It failed over the medium term as a result of more serious problems with the connection between FTX and Alameda. Customers sent money to Alameda instead of the exchange since it couldn't handle wire transfers; FTX would then reimburse their accounts. But the real cash was never transferred; three years later, Alameda had held onto $8 billion in FTX client funds, traded with them, and frequently lost them. Because it had never taken the money, FTX was unable to locate it when the run on the exchange began.

As a result, FTX was announced bankrupt.

Although the crypto market was trying to recover from crypto winter, FTX's downfall pushed the gains made downwards. The collapse led to the global crypto market down to $800 Billion. The market value of the industry was reduced by $183 billion as a result of the most recent wave of market volatility in the digital asset markets. On November 9, the amount fell to $736 billion, the lowest level since January 2021.

On November 11, the FTX collapse came to an end just a few hours after Alameda Research, its trading business, ceased operations. In a formal press statement, FTX announces that it has decided to file for Chapter 11 bankruptcy protection under the United States Bankruptcy Code to start a systematic evaluation and monetization of the company's residual assets for the benefit of all stakeholders across the world.

The after-effects of the collapse were seen after some days passed. Various crypto firms and projects associated with FTX were shutting down. Major cryptocurrency lender BlockFi has officially filed proceedings under Chapter 11 of the US Bankruptcy Code in New Jersey as the next repercussion of the FTX crash. The company claimed in a press statement that its exposure to FTX, which caused a liquidity issue, caused it to be severely harmed by the FTX crash.

The Fall of FTT Token

FTT, the native token of FTX, declined severely. Technical criteria are useless in cases like these since it has lost approximately 95% of its value since the beginning of November. This is because the FTT price drop has sent it below any levels of sustained support on the charts, making a recovery from current levels entirely news-based and non-technical.

With high transactions reaching an all-time high, things are still not good on the on-chain metric front either. This is especially true now that the FTT price is currently trading at around $1.5, down from $26-27 at the beginning of the month.

Various cryptos like Bitcoin, Ethereum etc have faced great losses in value after the FTX Fiasco. The post-FTX collapse resulted in various crypto tumbling down more than 90%. One of the crypto projects was Solana.

The total value locked (TVL) has decreased to slightly over $300 million a year later as a result of FTX declaring for Chapter 11 bankruptcy and being investigated, Multicoin and Sino Global claiming significant losses, and the Solana Foundation itself suffering "tens of millions" of dollars in damages.

Institutional investors are not likely to accept cryptocurrency without clearer regulations, according to Lynn Martin, president of the New York Stock Exchange.

Late last year, the cryptocurrency market reached a record-high valuation of around $3 trillion, but more than $2 trillion of that value was lost due to market instability brought on by increasing interest rates and a spate of industry meltdowns. The largest token, Bitcoin, is down 75% from its previous high of $69,000.

The crypto business has not benefited from this high volatility in terms of gaining more acceptance in the financial services sector.

Following the collapse of FTX, American authorities, financial sector leaders, and cryptocurrency entrepreneurs are concentrating on the demand for a viable set of regulations and better transparency.

An inquiry against FTX has been announced by the California Department of Financial Protection and Innovation.

The agency stated that it was "investigating the apparent failure of crypto asset platform FTX" in a news statement. A spokesperson declined to provide more details.

"We take our oversight responsibility seriously & expect any person/business offering securities, loans, or other financial services in C.A. to comply with the law." ー DFPI declared this in a Tweet.

In a decentralized environment like Crypto, where systems are ideally constructed to not have a single point of failure, it is crucial to have checks and balances in place.

There have also been bankruptcies involving conventional financial institutions. Governments did, however, bail out these organizations in the majority of cases. Cryptocurrency institutions are not eligible for government bailouts in the event of bankruptcy. As a result, the idea of Proof of Reserve combines the transparency of asset management with the privacy of client assets.

So what is Proof-of-reserves?

For cryptocurrency companies, Proof-of-Reserves (PoR) is an open auditing process that provides an unbiased report on the assets kept in reserve. The custodian of these assets must have an equivalent (or greater) amount of reserve assets on hand to meet any potential customer withdrawals, and third-party auditors have access to cryptographic signatures verifying the full balance of client assets.

When customers withdraw cash in huge amounts during a "run on the bank," this helps prevent a liquidity crisis and lets customers know where their money is. Proof-of-Reserves uses blockchain technology to offer a secure way to audit a cryptocurrency company without revealing any private user information.

The downfall of FTX was a devastating blow to the business, and we sympathize with all of the retail users who were hurt. The 7% market share held by FTX will be replaced, but restoring lost faith will be the industry's most difficult struggle yet. However, we are optimistic that the sector will return.

Q1) What caused FTX to collapse?

Ans: After a potential merger with rival crypto exchange Binance fell through, FTX filed for bankruptcy in November. The decision resulted in billions of dollars in losses for investors and creditors, and Bankman-Fried resigned as FTX's CEO.

Q2) When did FTX go bankrupt?

Ans: FTX as well as FTX US. A purported hack drained US wallets on the evening of November 11. According to reports, more than $600 million was stolen from the wallets.

Q3) Where did the money from FTX go?

Ans: According to persons aware of the situation, at least $1 billion in client assets have gone from the defunct cryptocurrency exchange FTX. Sam Bankman-Fried, the exchange's creator, covertly moved $10 billion in client cash from FTX to Bankman-trading Fried's firm Alameda Research.

Q4) Who were the largest investors in FTX?

Ans: According to PitchBook, the $500 million Series C raised by FTX attracted investors such as SoftBank, Lux Capital, Tiger Global, Lightspeed, and Temasek, among others.

Q5) How much money did FTX lose?

Ans: Sam Bankman-Fried, the accused founder of the now-defunct crypto exchange FTX and trading firm Alameda Research, apologized to employees in a letter that detailed a drop in "collateral" from $60 billion to $9 billion.