In a world where traditional financial system titans such as Visa, Mastercard, and PayPal employ tens of thousands of people, Bitcoin remains a tight ship operated by a few dozen active developers.

A Bitcoin-focused investment business, New York Digital Investment Group (NYDIG), produced a paper in September detailing Bitcoin's 14-year growth from a software development standpoint. According to the paper, titled "Developers of Bitcoin," there are just 40 to 60 active developers. The report investigates how Bitcoin grew from an obscure technological breakthrough to global dominance, as well as the software engineers that made it all possible.

What is probably most mind-boggling is how the world's most prominent cryptocurrency, presently worth around $320 billion, has been running along with no significant snags for over 14 years, under the care of a dedicated - but small - group spread across the globe.

Bitcoin developers may now be found all over the world. Approximately 84% of its GitHub contributions – or recommended software modifications – originate in 20 nations.

"One of the intriguing things I felt we unearthed in the research is the developers' geographic location," Cipolaro remarked.

"It's useful for investors who are worried about who is contributing to and upgrading this piece of software. We know who they are, and most of them appear to be in North America, Western Europe, or similar geographies."

Another recent movement is the abandonment of the lead developer/maintainer job in favour of a more egalitarian paradigm in which a group of maintainers is elected instead. A "maintainer" is a GitHub administrator who has the authority to accept software updates proposed by other developers.

"Code contributions have reached 200-400 commits monthly," according to the report, indicating a steady, methodical pace. Moreover, despite the fact that Bitcoin's core protocol has 40 to 60 monthly active developers, 1,140 developers have contributed to the project since its creation, with 5 to 20 new developers testing the waters each month (as others either scale back or leave). 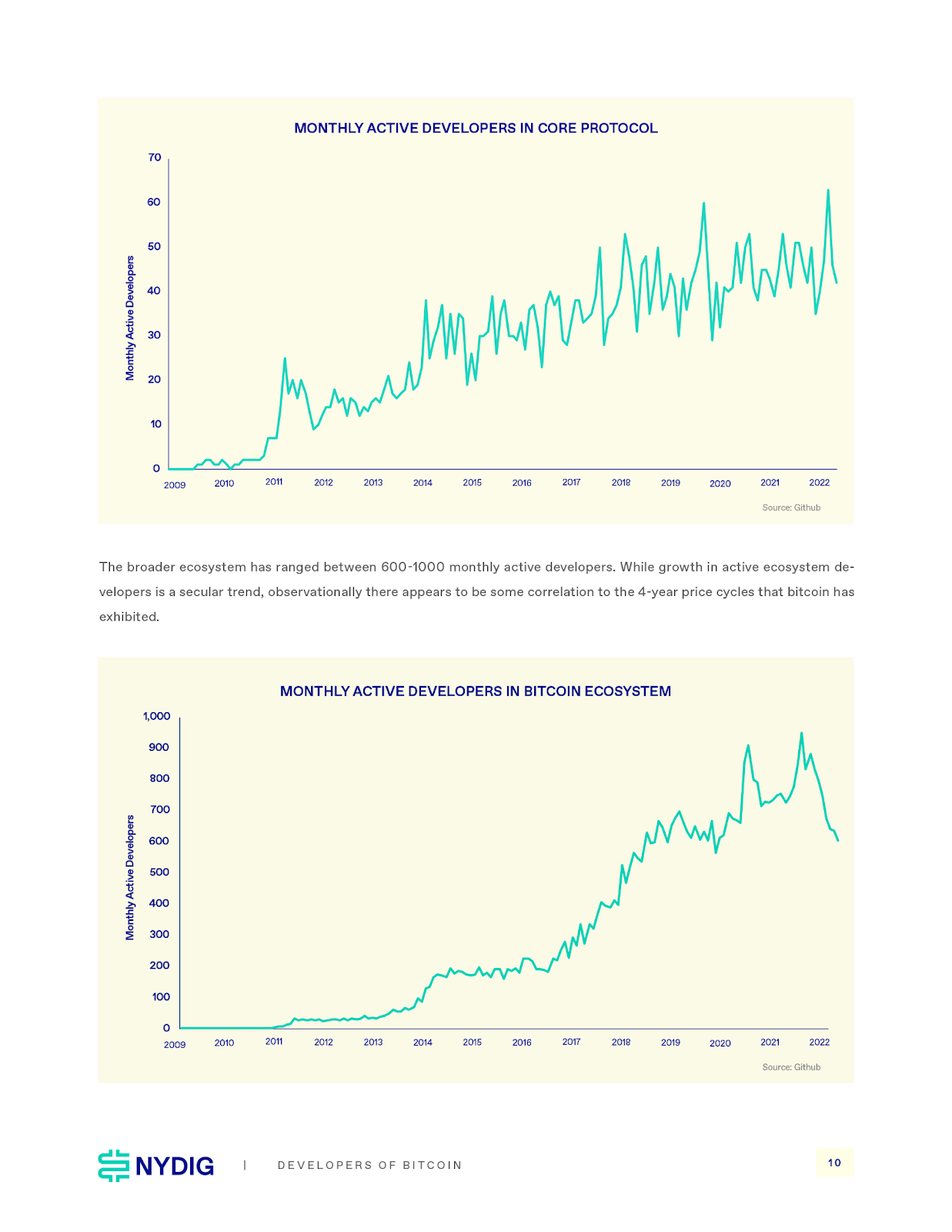 Related: Bitcoin Reclaims the Support, A Bit of Relieve Before Christmas

ALSO READ: What is Bitcoin Blockchain?

Bitcoin price research on a daily period indicates that BTC has been trading in a dormant condition in recent days. It has subsequently slipped back to the $16,800 zone after failing to break over the $17,000 resistance level. Bitcoin's retracement levels indicate that a short-term decline to the $16,000 support level is inevitable. If Bitcoin continues to battle against this resistance, it may face additional losses.

Both the MACD and the RSI show that negative momentum is increasing, and a breach below $16K might imply a deeper decline. Bitcoin price activity has been very subdued in the previous 24 hours, and it appears that this phase of stabilization will continue.

The Fibonacci retracement tool identifies critical levels of support and resistance. The most critical is the 61.8% Fibonacci line, which is now around $16,400; any break below this level might result in substantial losses as traders grab gains. 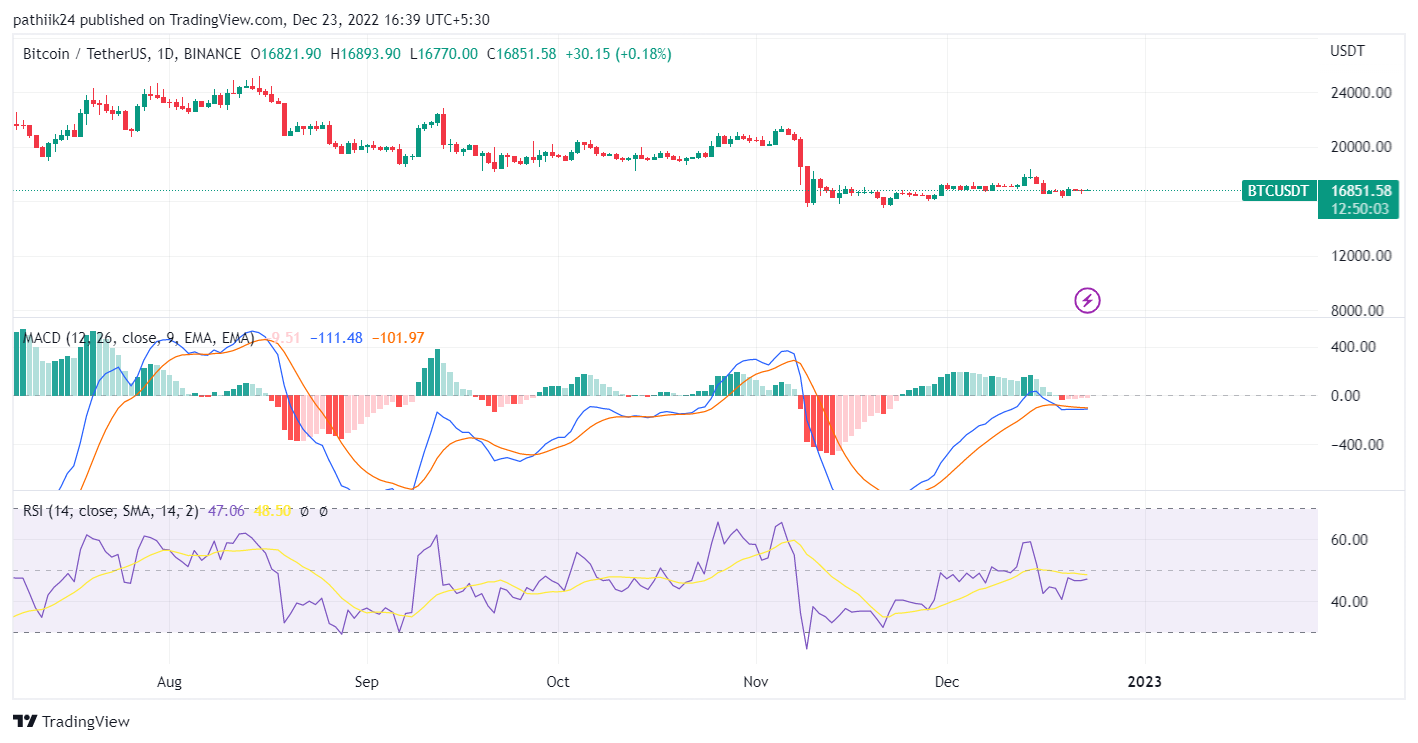 The 4-hour chart shows Bitcoin battling to stay over $16,800. The MACD has a bearish crossing, indicating that negative momentum may increase strength in the near term. The RSI is also going lower, indicating that an additional downside is possible if these levels are breached.

Simultaneously, Bitcoin has found support near $16,500, which may limit additional losses. If this level is breached, the next level of support is $16,000 - a critical psychological threshold. Any breach below this level might result in substantial losses for BTC in the short future. 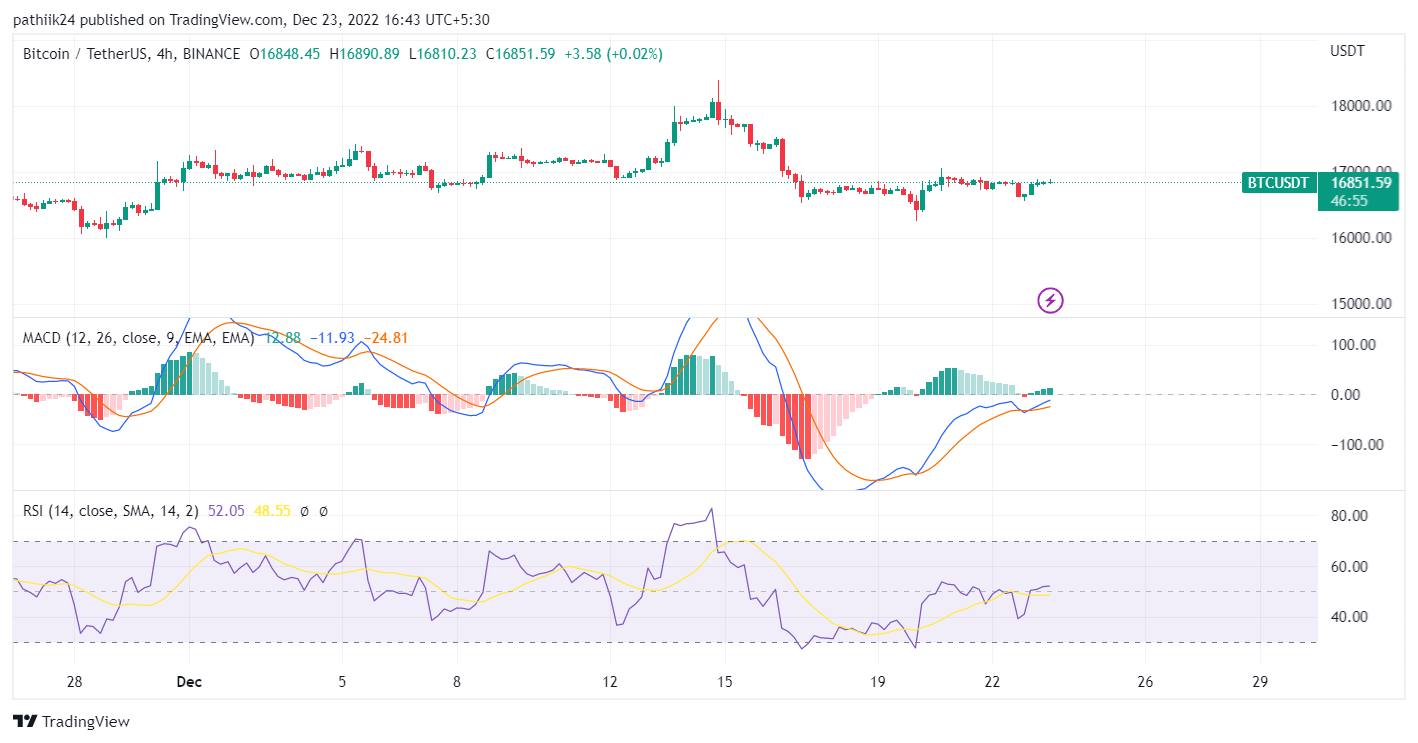