Bitcoin plunged to a new two-year low as crypto traders fretted on the future of Genesis Global, a victim of the aftermath of Sam Bankman-FTX Fried's exchange's recent bankruptcy. 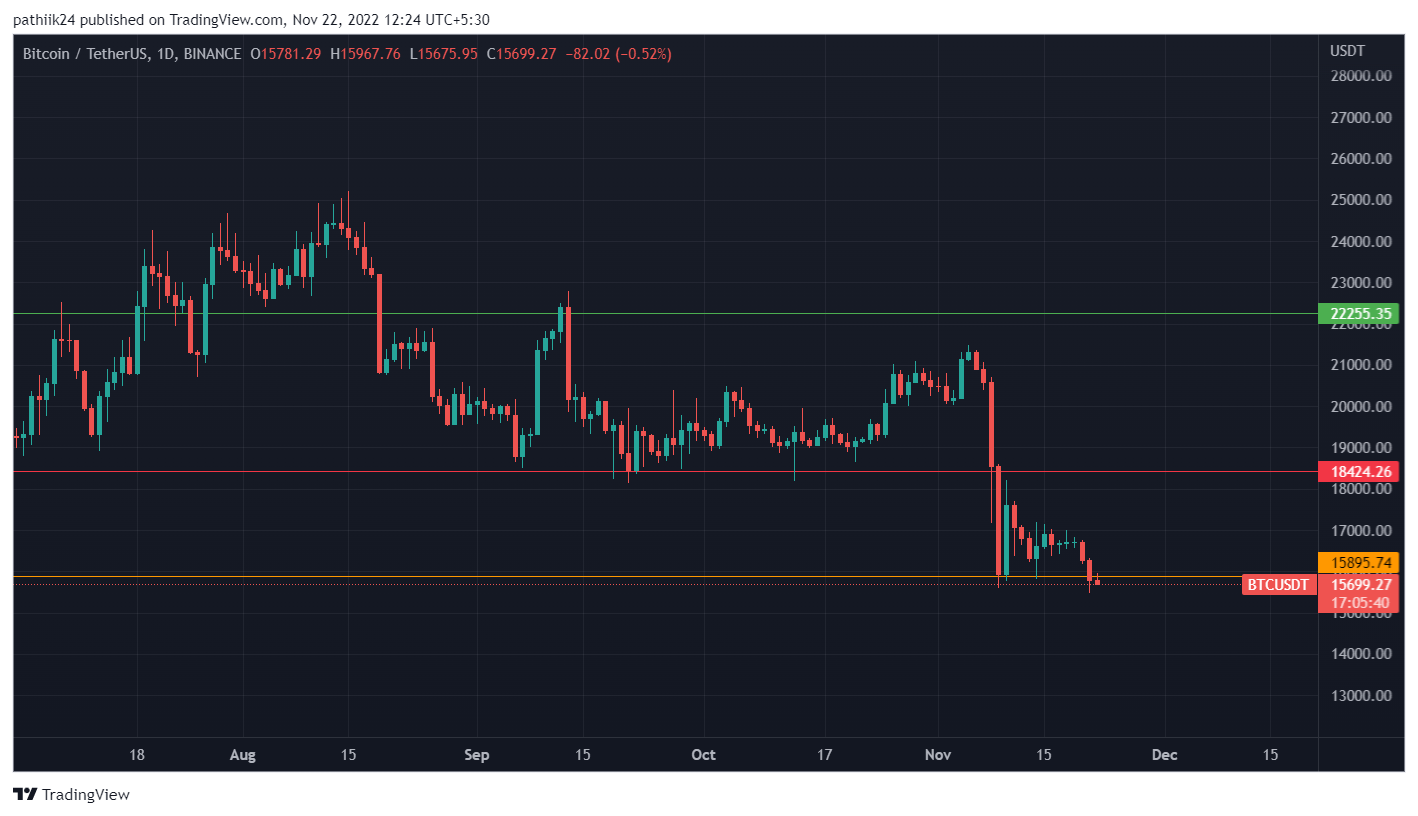 The cryptocurrency market has been under pressure in the previous two weeks due to issues at the major exchange FTX.

Since November 6, when Binance CEO Changpeng Zhao announced that his exchange will sell its FTT tokens, the crypto market has lost more than $260 billion in value.

Crypto markets remain volatile since it is unknown how the FTX drama will finish and whether there will be additional industry contagion.

The Relative strength index (RSI) has declined to near about 30. As for bitcoin, this region is a safe buying opportunity but due to market conflicts, investors are losing trust in the king crypto. 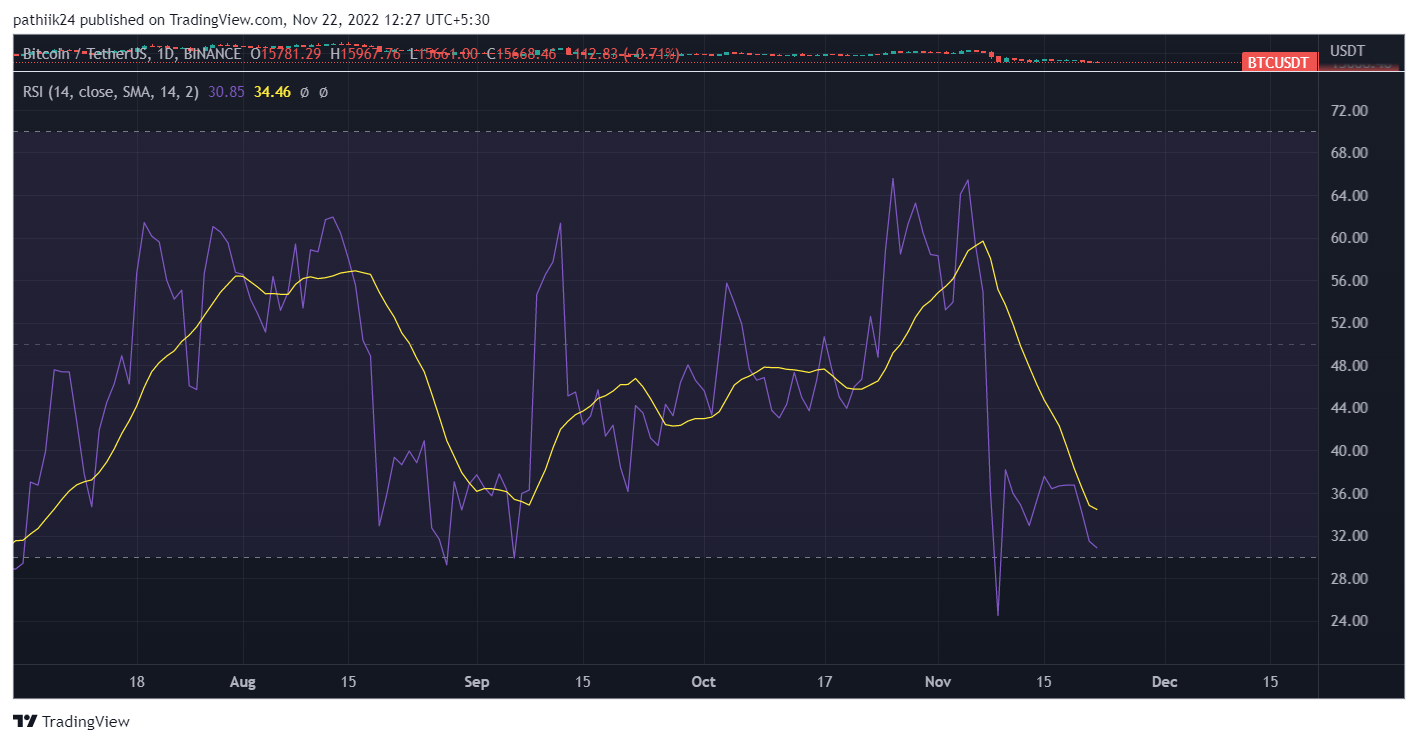 Although the price is dipping down, the net active addresses have been surging to new heights as Bitcoin moves sideways on the graph. According to Santiment data, the active address account increases to 17.07 Mn as of 22 Nov.

Similarly, the Exponential Moving Average (EMA) confirmed the Bolinger band's findings. At the time of publication, the 50 EMA (yellow) is merged with the 30 EMA (red). This posture meant that the likelihood of a significant near-term reprieve was close to none.

However, the 200 EMA (Blue) suggested a longer duration that looked to correspond with a recovery. With the 200 EMA over a shorter time, the holder of the king coin may need to endure.

The Heavy Bitcoin Sell-Off and Huge Inflows to Exchanges

The price of bitcoin dropped over the weekend as the hackers who stole over $600 million from the now-defunct FTX exchange decided to sell their holdings. While BTC fell due to illiquid market conditions over the weekend, a rebound is possible.

The FTX exploiter has been active over the past 48 hours after stealing approximately $600 million in cryptocurrency from the insolvent exchange FTX on November 12. The hacker appears to be using decentralized pools and crypto bridges to clean up the stolen money.

Binance has received a large Bitcoin deposit, according to an analyst's post on CryptoQuant.

In this circumstance, the essential signal is the "exchange reserve," which shows the total quantity of BTC currently housed in the wallets of a regulated exchange.

Concerns about BTC price contagion remain due to FTX insolvencies and associated panic selling. Now, recent on-chain numbers from Binance, which have seen the exchange's largest daily influx on record, may provide a different reason for jittery markets.