We're currently six weeks past the Merge, with Ethereum switching from proof-of-work (PoW) to proof-of-stake (PoS) on September 15, 2022.

According to Chainalysis cybercrimes research head Eric Jardine, there were around $1.2 million in frauds before, during, and after Ethereum's Merge. Only $905,000 of this sum was conned when the Merge occurred in mid-September.

How The Merge Scam Took Place?

Most Merge scams work in the same way as the conventional trust trade scam, in which the fraudster convinces victims to transfer them some bitcoin in exchange for more (usually twice the victim's first payment), frequently mimicking celebrities. Scammers persuaded victims in this case that they needed to contribute bitcoin to "upgrade" the new Ethereum blockchain and receive cash in return.

A chart has been shared by Chainalysis, which shows pre-merge and post-merge scam reports. Surprisingly, on the day of Merge, the graph spiked to attain the highest possible value.

In contrast, Merge frauds outnumbered practically all Ethereum scamming activity on September 15, garnering approximately $905,000 in Ether compared to just under $74,000 for all other Ethereum scams. This activity, however, faded as swiftly as it started, with scamming activity reverting to normal levels within days and Merge-related frauds all but gone by the end of September, as per the Chainalysis report.

Furthermore, merge-related frauds appeared to be linked to certain countries, focusing on clusters of nations with the most significant GDP rates.

However, it's hard to quantify how widespread Merge frauds were on and around the event's date. 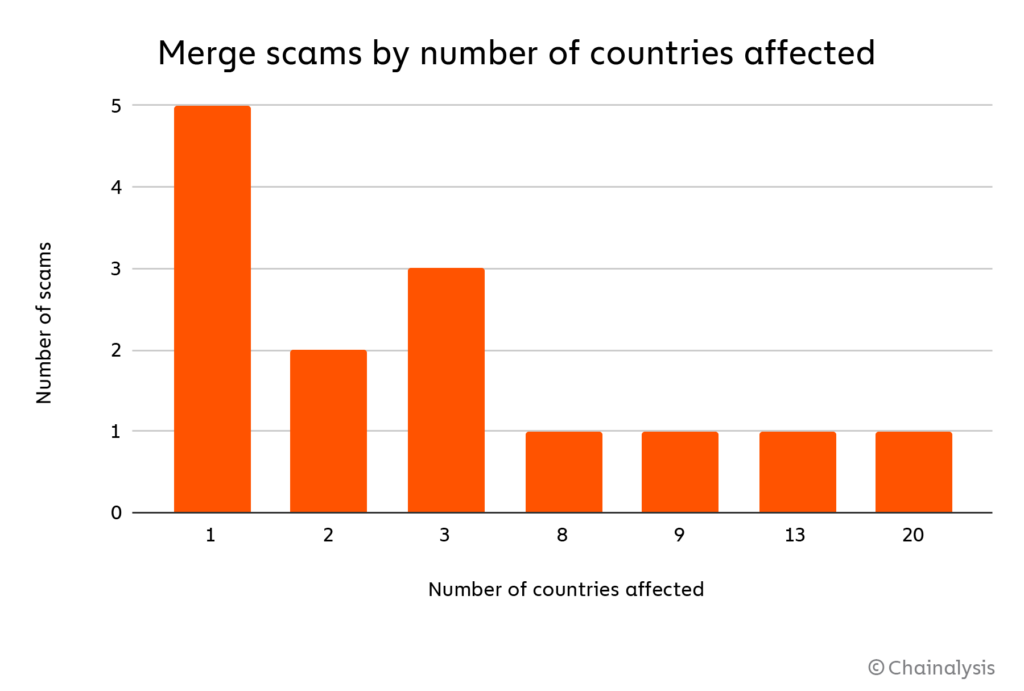 With massive DeFi breaches making news lately, it's easy to forget that scamming is and will likely remain the most common type of cryptocurrency-based crime.

Although, the scammy acts just faded away with the new development still going around. Several protocols were compromised during the merge time. Security firms and agencies are still trying to develop a solution to reduce these malicious activities. In addition, White hat hackers are also trying to find vulnerabilities to prevent the system from getting exploited.

Also read: Why Blockchain Bridges Are Always on The Verge of Exploitation