Could FIFA-ALGO Partnership Make an Impact on ALGORAND?

ALGO prices are edging closer to the critical support level of $0.240. Despite the overall market bullishness, the altcoin has dropped by 0.91% with a $1.6 Bn market cap.

FIFA has agreed to a sponsorship and technical collaboration agreement with blockchain technology startup Algorand.

According to the terms of the agreement, Algorand will become FIFA's official blockchain platform and will supply the official blockchain-supported wallet solution. According to the partnership, Algorand will be a FIFA World Cup Qatar 2022 Regional Sponsor in North America and Europe and an Official Sponsor of the FIFA Women's World Cup Australia and New Zealand 2023.

On May 3, the FIFA media shared a tweet regarding the partnership on Twitter, announcing the ALgorand as the official Blockchain innovator for FIFA 2022.

With the World Cup in full swing, Algorand has issued its first update to FIFA+ Collect. According to the network, the site has already garnered tens of thousands of users in its first few weeks. While the sum is little in the larger scheme of things, it signifies a step in the right direction.

As soon as the announcement was re-shared by the Blockchain development firm, the price surged to 12% between Nov 22 and 23. 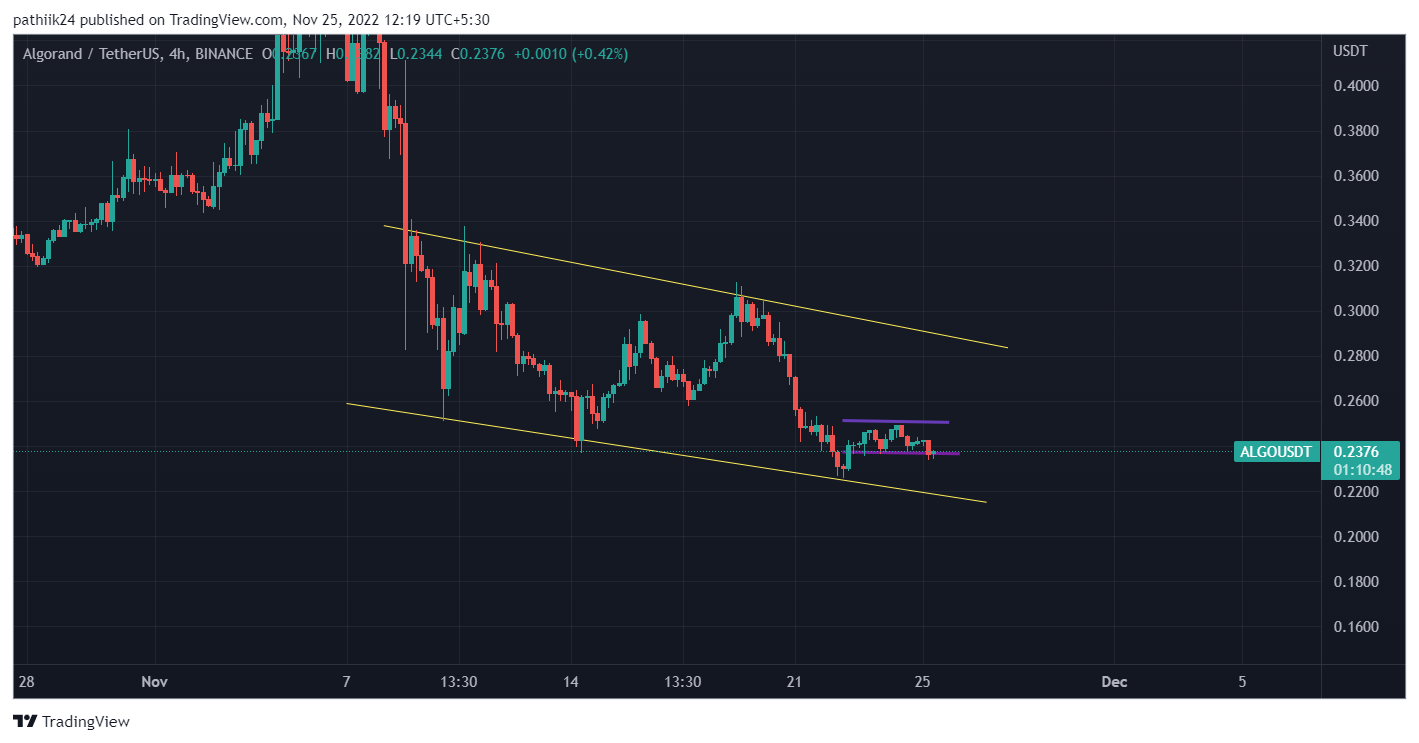 Right now, ALGO is supported by the support line of $0.237. The resistance is at $0.25, which is not much far to be broken. The price is still consolidating between these two supports for several days. A minor breakthrough of support or resistance could mark a significant fluctuation. 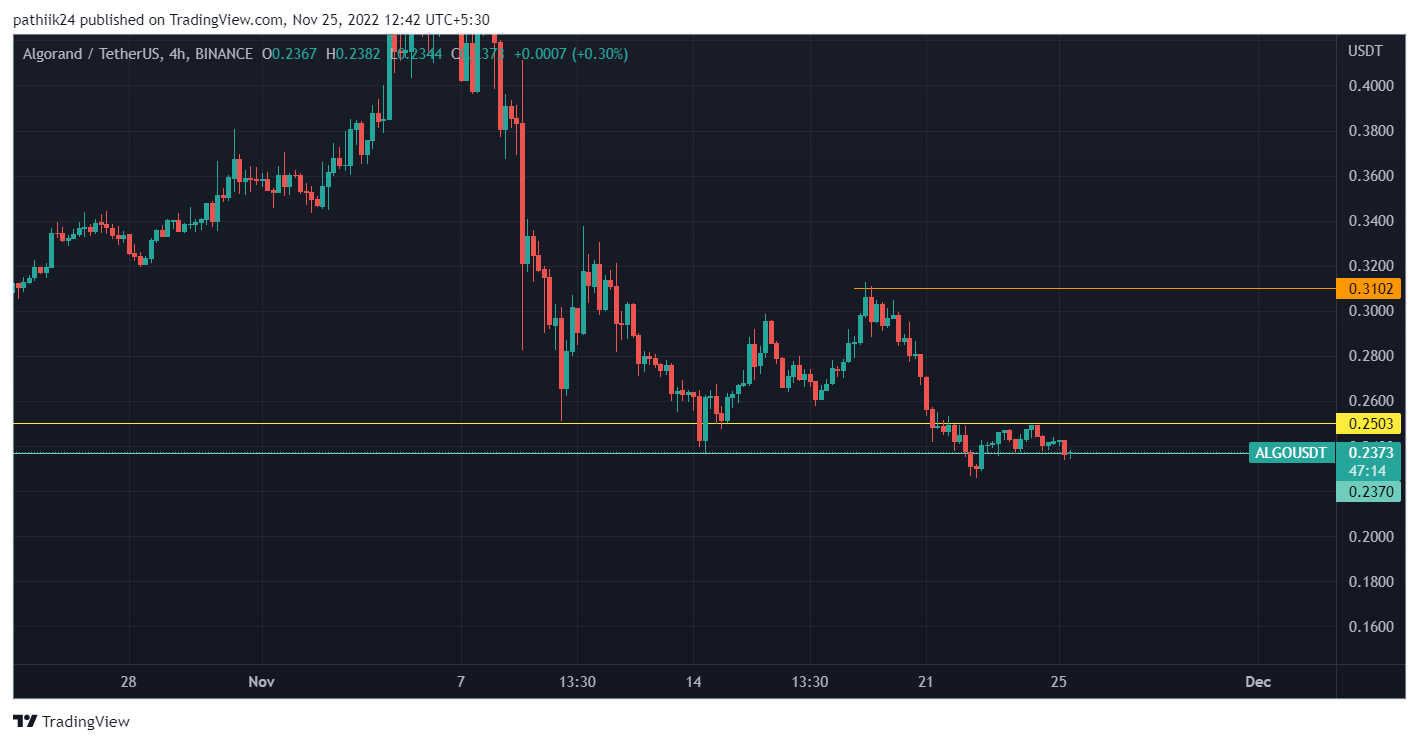 Algorand hoped that innovations like the FIFA+ Collect would increase demand for NFTs in the network. A closer look at Algorand's NFT metrics reveals that the market has slowed significantly in the last year.

According to Algorand founder Silvio Micali, the collaboration with FIFA will highlight the Algorand blockchain's ability to revolutionize the way we all face the world's games, as FIFA is the most widely recognized and respected sports institution.

The FIFA partnership could make a great deal of change in the ALGO's ecosystem while sustaining the current support.