November 5, 75 million FTT were moved off FTX, signalling a sell-off following this occurrence. It also indicated a deep-rooted financial issue with the crypto exchange.

On November 2, various reports provoked the worst crypto crash in history when it published the confidential financial papers of Alameda Research, a VC and trading business controlled by FTX founder Sam Bankman-Fried and intimately linked to the exchange.

The following week, 140 million FTT were transferred to Binance, and the token plummeted from $26 to under $2. This resulted in a run on FTX, a reported "hack" draining $473 million from the reserves, and the world's second-largest trading platform declaring bankruptcy.

The collapse of FTX sent the market into a tailspin, with BTC dropping to its lowest level of the year at $16,000.

At first look, it appears that Binance came out on top in this circumstance, with several memes playfully portraying CZ as the creative mastermind causing his main competitor's demise. While BNB briefly reached $368 on November 8, it swiftly sank to a near 3-month low of $264. The circumstance has rendered the entire business incredibly trustworthy, and centralized exchanges will bear the brunt of the consequences.

There were severe on-chain warnings indicating danger coming before the collapse of FTX became imminent.

On November 5, 75 million FTT were moved off FTX, signalling a sell-off following this occurrence. We also saw two large dumps on FTT on November 8 and November 13, with around 110M and 211M, respectively. 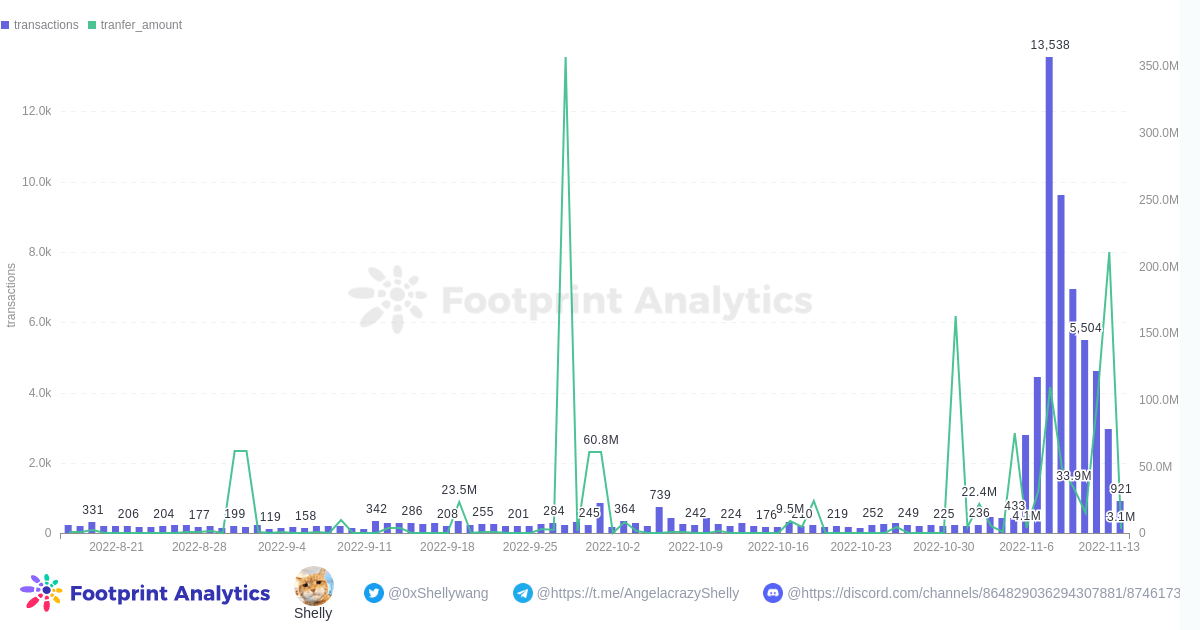 From November 2 to November 8, more than 140 million FTT tokens were moved to Binance. The increase in transaction volume began on the 5th and 6th, with around 45M and 42M transactions, respectively.

According to Niklas Polk, a research analyst at the analytics firm, currencies were moving between wallets. The majority of FTX's native token, FTT, was discovered in the exchange's and Alameda's wallets, with only a fraction of tickets making it into circulation.

According to Polk, Nansen fears that the employees in charge of the wallets may have been transferring tokens between the two, bringing the contact between the two ostensibly independent organizations closer than any two companies should ever be.

Even on Tuesday, during FTX's day in court, some wallets still held about $10.7 million in FTT tokens, according to Nansen.

FTX has made 187 investments totalling more than 57 projects. The specific projects are listed in the dashboard below.

CZ said in a tweet on November 9 that all bitcoin trading platforms should do Merkle Tree reserve proofing. Banks use fractional reserves. Binance will shortly begin conducting complete transparency proof of resources. Several exchanges have now made the addresses of their reserve wallets public.

Footprint has created various dashboards based on the wallet addresses published by FTX and Binance. You may also look at the reverses of the talks announced by other exchanges. 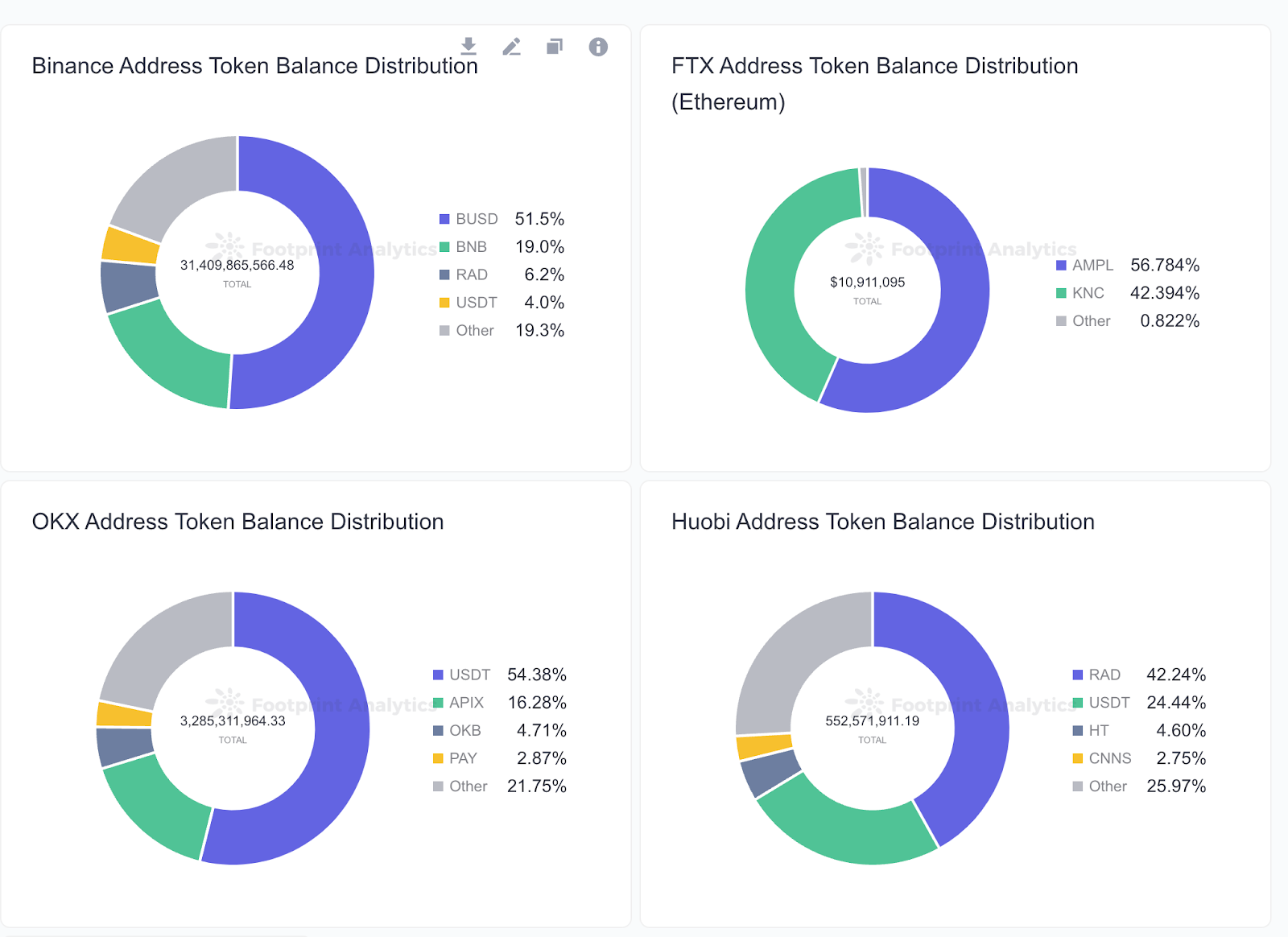 FTX collapsed earlier this month after it was accused of using customer funds to make dangerous investment wagers via Alameda Research, a trading business created by ex-CEO Bankman-Fried. And FTX's collapse has exacerbated the market's woes: Bitcoin is now at its lowest level in two years.

The firm eventually revealed that it did not have one-to-one reserves of client assets, resulting in a freeze on withdrawals and a subsequent bankruptcy declaration.