The exploitation of FTT by Alameda Research to make speculative bets on other cryptocurrencies and complicated financial products led to the company's downfall.

The decline of the FTX Token (FTT) raises concerns about the financial difficulties of crypto trading firm Alameda Research. It appears to have sparked a contagion that has driven down prices throughout digital asset markets.

Binance has announced the closure of several trading pairs and contracts involving FTT, except one involving its stablecoin.

In a similar event, KuCoin announced the coin's delisting via its Twitter account. In its formal notification, it stated that the FTT/USDT perpetual contract would be delisted on November 14th.

Zipmex, Pionex, and Zebpay are among some more exchanges which are going to delist FTT and its related pairs.

FTX declared bankruptcy last Friday, just days after suspending withdrawals and a little more than a week after CoinDesk first reported that FTX sibling business Alameda Research's balance sheet had an unexpectedly significant quantity of FTT, an exchange token produced by FTX. FTX was "good," Bankman-Fried declared in answer to queries about the liquidity of his exchange, before a series of incidents revealed otherwise.

Members of both political parties in the United States Congress have also called for additional action as a result of the collapse. Some politicians are even discussing scheduling hearings by the end of the year.

According to a daily period analysis of the asset, FTT has lost approximately 97% of its value since the news of FTX's bankruptcy initially broke. According to the graphic, the currency dropped 75% of its value when the collapse began on November 8, and successive drops reached double digits.

The relative strength index falls below 15 which shows a buying opportunity but fundamentally as the token is going to delist from major exchanges and the native token’s exchange platform going to be shut down, trading on FTT is highly risky. 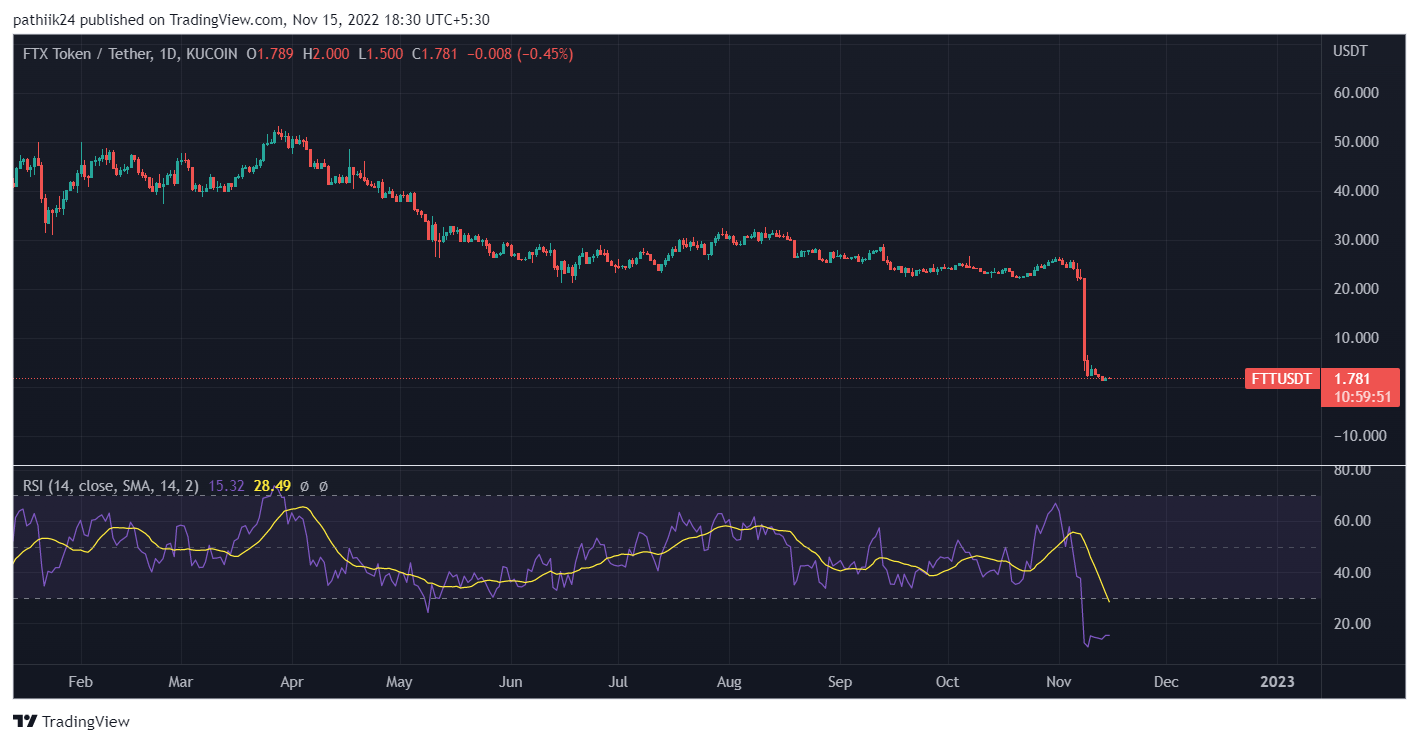