Launch of XLS-20 NFTs! A New Hope For Ripple Rises?

Ripple's long-awaited proposal, XLS-20 is finally here. It brings significant advancements to the Ripple ecosystem. What is the new proposal and how did the market react to it?

The long-awaited XLS-20 is finally here. David Schwartz, the CTO of Ripple, announced the launch of XLS-20, and it has been enabled on the XRP Ledger Mainnet. But how significant is this update? Can it turn the tables around for Ripple?

XRP Ledger(XRPL) is a decentralized public blockchain developed by Ripple Labs. XLS-20 is a standard proposed by the Ripple community to improve the creation of NFTs, reduce negative impacts from XRPL's performance, and avoid congestion at scale.

Monica Long, General Manager at Ripple, explains the big picture they have been planning for the Ripple community. They firmly believe the XLS-20 proposal aims to boost the NFT ecosystem, creators on the XRPL, and sustainability via NFTs.

Today, NFTs are mostly seen as collectable. But Monica believes we can go far beyond with its utilities. Thus the launch of XLS-20 on the XRP Ledger will allow users to build NFT projects efficiently with low transaction fees on the network. Higher gas fees have always been a concern for NFT developers and consumers. And low gas fees on the XRPL will induce NFT developers to create better NFTs with utilities.

The new proposal aims to unlock the potential of XRPL creators. Monica believes the power of XRP Ledger is in tokenization, settlement, and liquidity. And this is what will bring out the actual value of Web 3.

XLS-20 proposal brings ease to the creation process of a developer. It will make the creation of NFTs compact and efficient. Monica explains how it will help developers to create NFTs without the risk of complexities and security. The proposal also inbuilt the features of minting and auctioning into the XRP Ledger.

There was a time when NFTs were criticized for producing enormous amounts of carbon footprints and not being environmentally friendly. That time is gone now. Ripple commits to being carbon neutral by 2030. They have pledged over $100 million towards market investments. And they are extending their initiatives with the XRPl to become the first carbon-neutral blockchain in the world.

How Did The Market React?

In a bearish market, the critical concern for investors is - does the new proposal have positive price implications on XRP?

The XLS-20 proposal is quite significant for the Ripple community. XRP has yet to make any significant gains after its announcement. From an all-time high of $3.36, XRP is currently trading at $0.4565. XRP's price was expected to witness gains after the announcement of XLS-20. But that did not happen. XRP has been trading between $0.45 to $0.48 for the last 7-days. 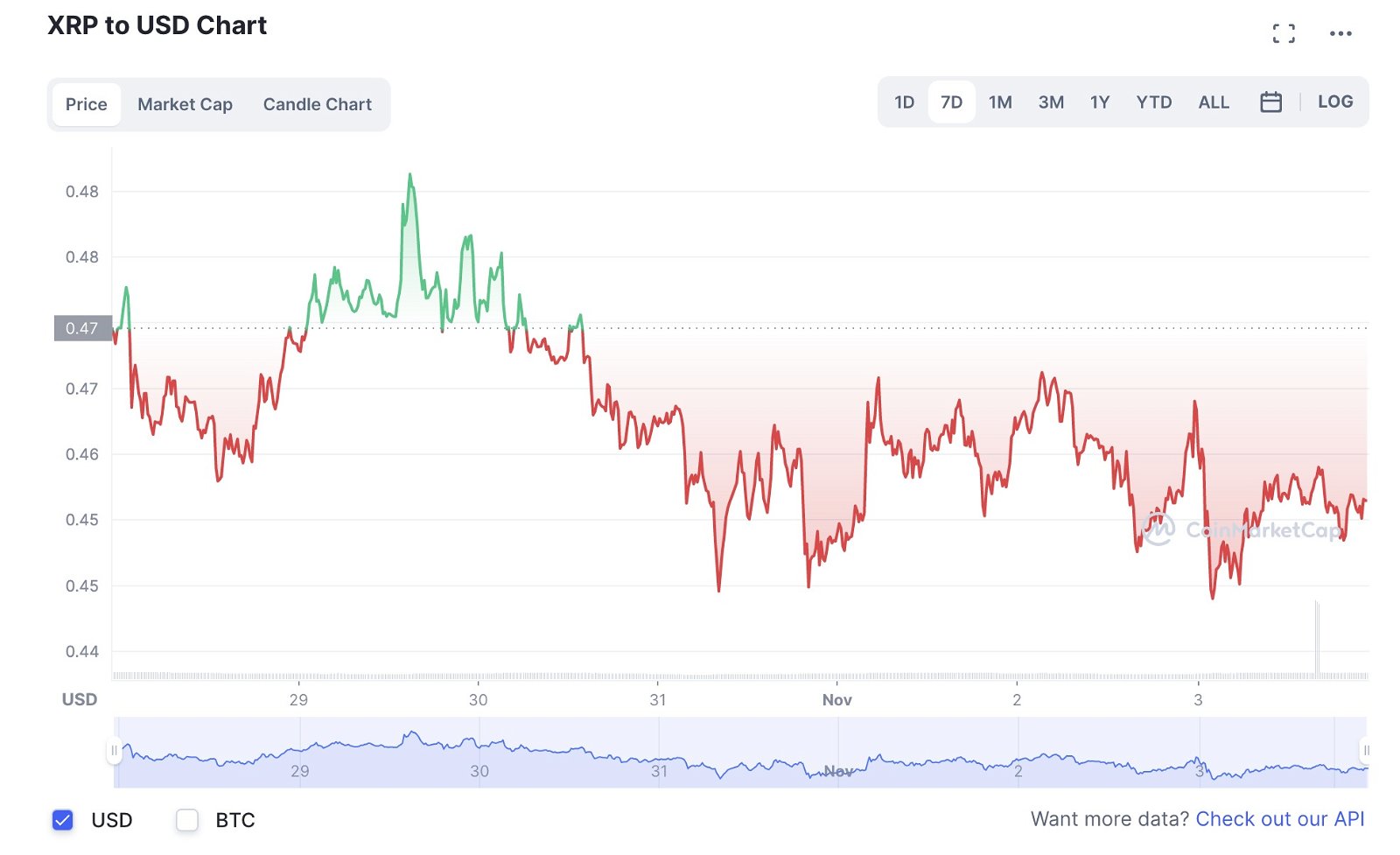 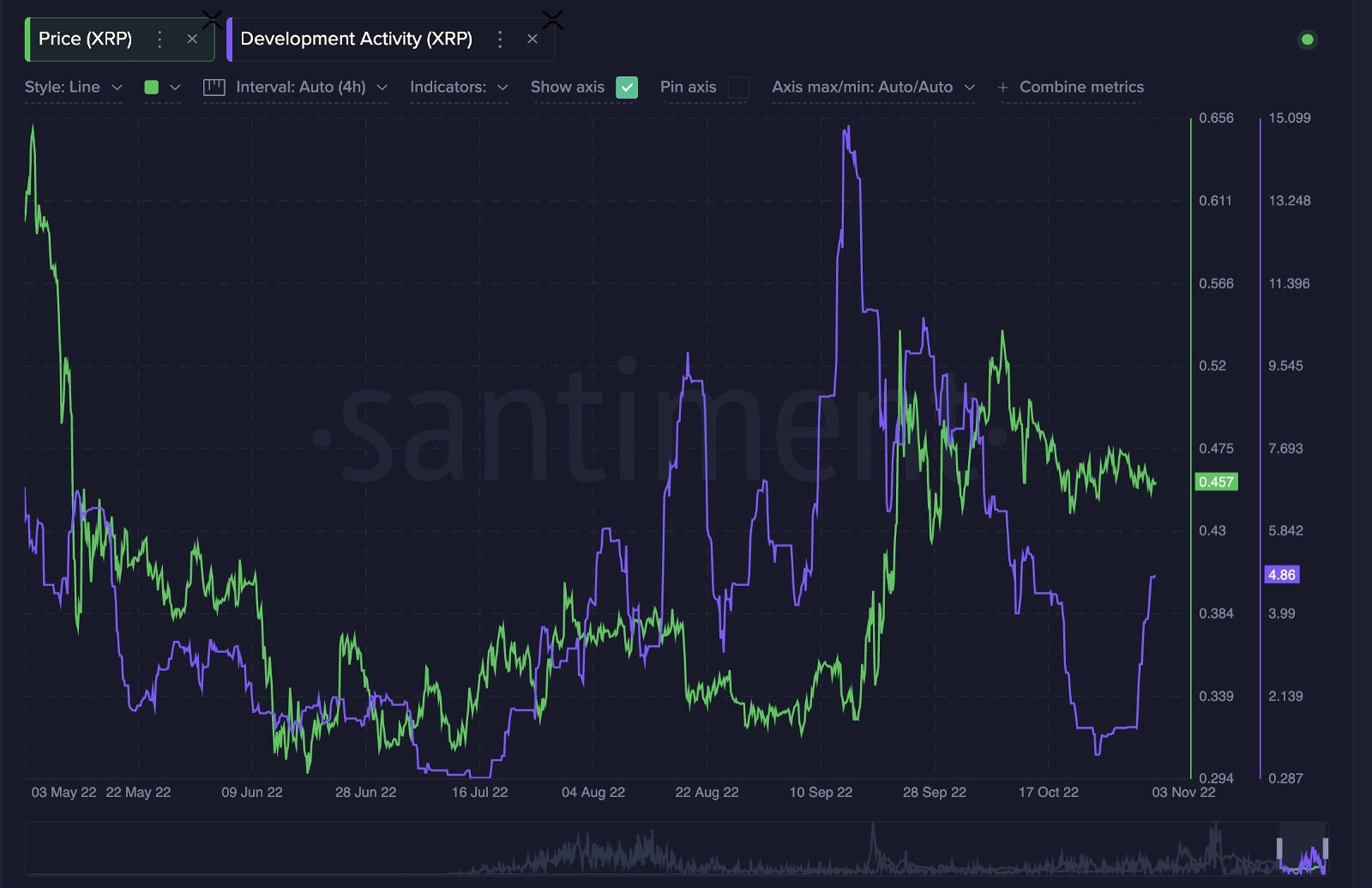