MATIC and Polygon's environment is now among the worst. In the aftermath of FTX's failure, the industry-wide epidemic hit other projects, including Polygon.

Despite this, Polygon is one of the top three DeFi firms by revenue. However, Polygon and its native coin are expected to face the brunt of the consequences of FTX's demise.

Polygon [MATIC] resurfaced as a big issue in the community after ranking third in terms of income in the previous 24 hours, after only Uniswap [UNI] and QuickSwap [QUICK].

In the latest update to the analytics, the price action is making the Pannent pattern, which shows a bearish sign. The support is at $0.874 and still progressing sideways. 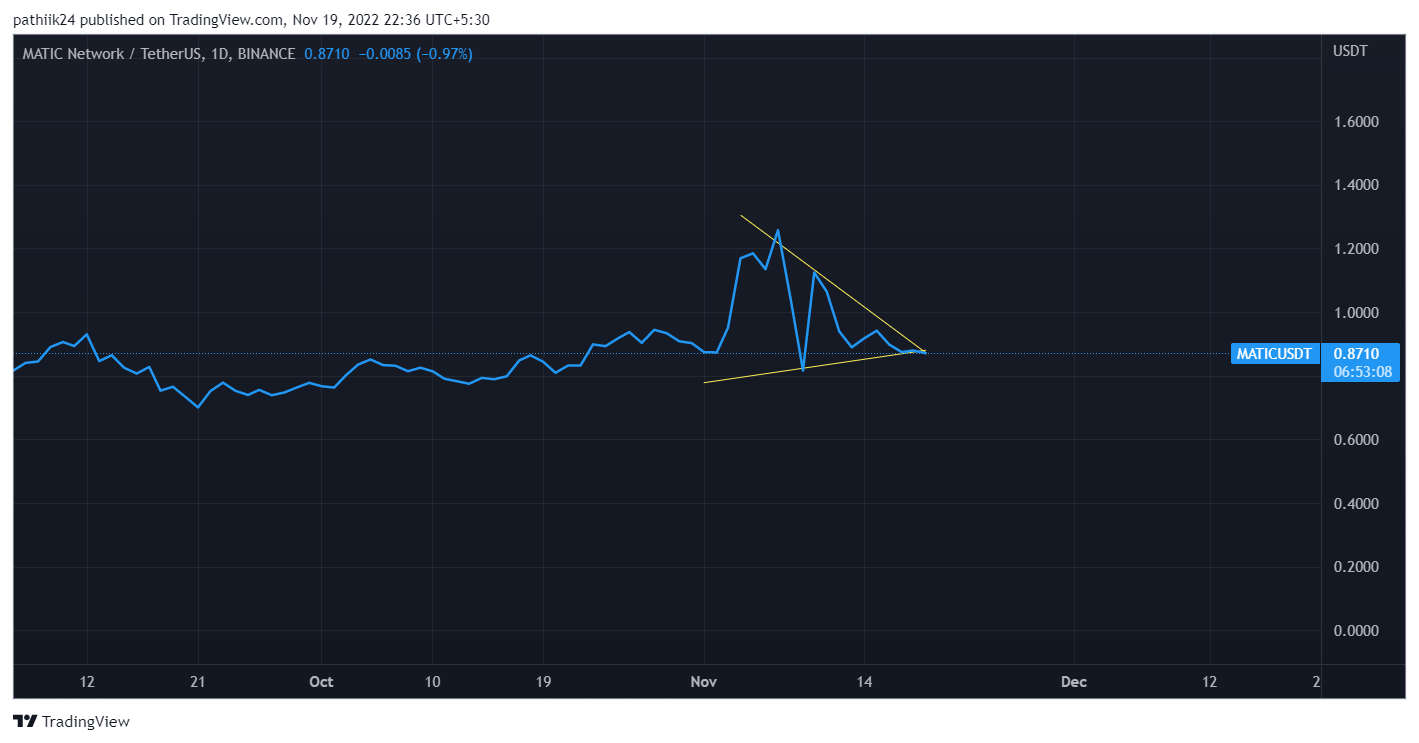 MATIC is trading at $0.861, with a relatively thin green candle. Indicator BB indicates a position of maximum pressure at approximately the same price.

This, together with the bearish development of a descending triangle, indicates disaster for MATIC in the coming days.

Previous findings reveal that the token has also struggled to acquire traction. According to CoinGecko statistics, MATIC is now on a losing streak throughout all periods, with the monthly timeframe being the lone exception, registering a 2% gain.

According to Santiment statistics, MATIC's network expansion has slowed significantly since its peak in mid-October. During the same period, however, the price action progressively increased.

To top it all off, the alt's social power has declined in the previous two weeks. These indications indicated a negative bias for the token, but the objectives remained the same as previously outlined.

Finally, investors/traders should keep an eye on the movement of Bitcoin, as MATIC has a nearly 30% 30-day correlation with the king coin.