Polkadot's native token is down more than 10% amid the FTX, Alameda and Binance feud for acquisition.

On November 8, most leading cryptocurrencies reversed their recent advances, sending the market valuation of all cryptocurrencies below the $1 trillion threshold. Most top cryptocurrencies, including Polkadot, Bitcoin, Ethereum, and others, traded in the red once more.

Many investors are left wondering if it's time to adopt the old financial adage and "buy the dip" when such steep declines occur across the board for cryptocurrencies. Many investors hope that current lows represent a brief downturn rather than a lengthy bear market.

At the time of publication, the DOT price was hovering at $6.20, having fallen 10% from the start of the weekly candlestick.

Despite the encouraging trend in the crypto market (up until yesterday), there was little keeping the Polkadot price soaring. The Web3 Foundation recently stated that DOT has evolved from security to software.

The tweet produced quite a commotion in the market, assisting DOT in an almost 15% price increase between November 4 and November 6.

Related: "DOT" is "NOT a Security, It is more of a Software," Says W3f

Polkadot remained in the headlines, although its weighted social sentiment had been unfavourable for most of the past week. After peaking on November 1, DOT social volumes have also begun to decline. 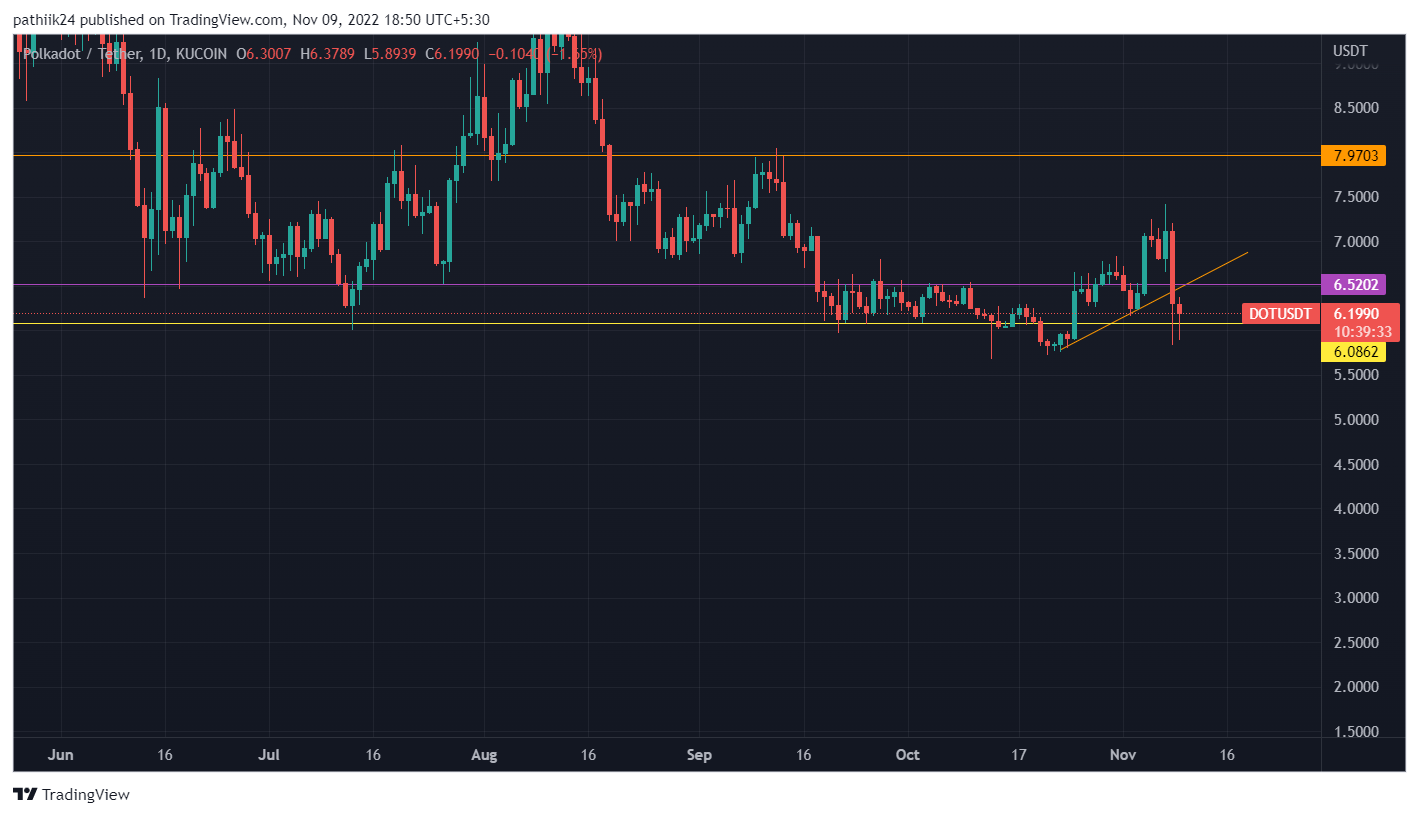 The rejection from the support shows the nature of DOT to propagate sideways for a short time before it breaches its old resistance, which is nearby the $6.520 mark (Purple line).

It would be hard for DOT to go beyond the up-next resistance level, which is at $7.97, until the next rally.

When the Polkadot price reached above $9 in August, trade volumes for DOT were at a comparable level. Despite the lacklustre price movement and unfavourable sentiment, trade volumes were substantial.

The market for DOT is showing a Fear & Greed index of 64 which is considered as the market is greedy as there are more sellers than buyers at the press time. This means that investors are likelier to jump in while the market attains its realized value. 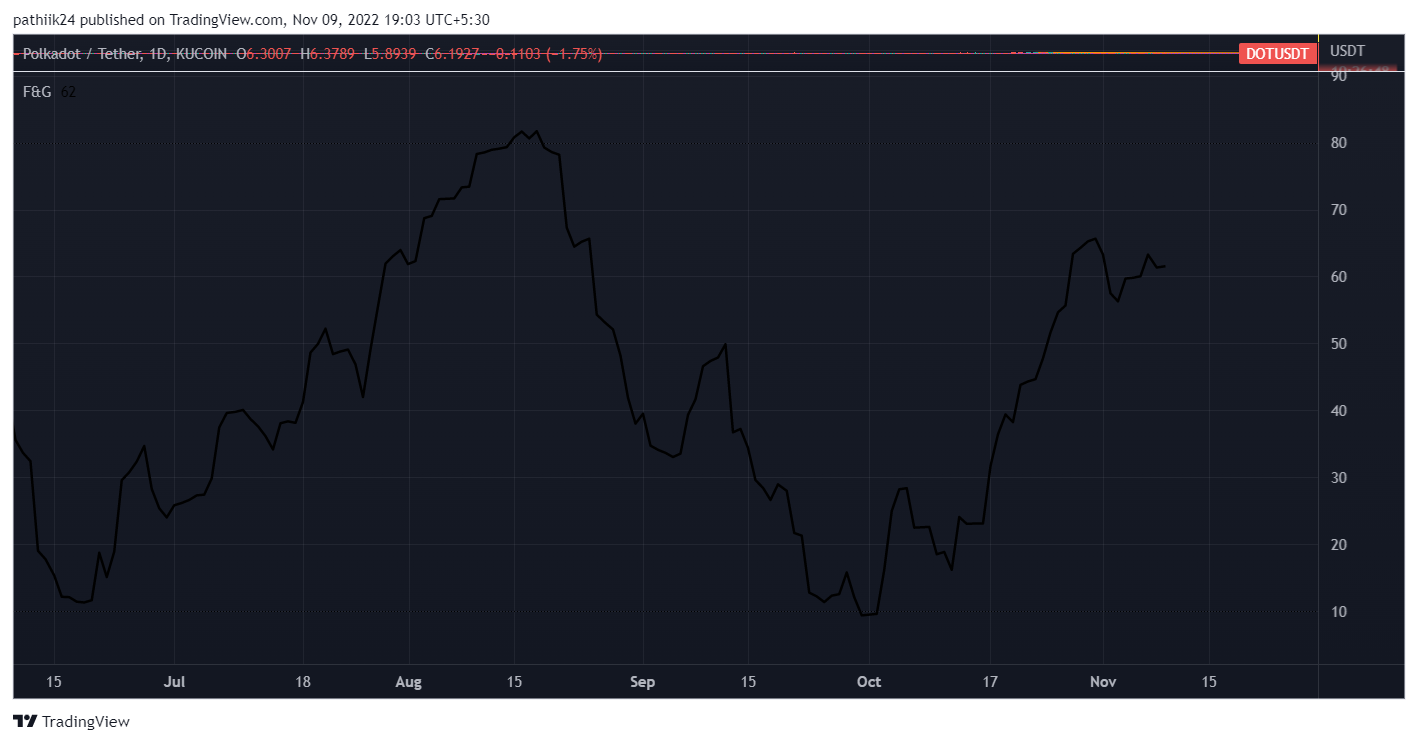 Furthermore, the fraction of stablecoin total supply holding by DOT whales with more than $5 million was in a long-term decline. This shows that whales' interest in the currency has waned.

With most on-chain measures pointing downward for DOT, it might fall back to around $6 in the short term. In the event of a bearish invalidation, the Polkadot price might recover above the short-term resistance levels of $7.00 and $7.50.