The US District Court judgment to file an Amicus brief into Ripple vs SEC case could also be a possible reason for XRP's jump.

After a severe drop, ripple's XRP found support near $0.320 per US dollar. The bears made two unsuccessful efforts to knock the value below the $0.32 support level.

Before the latest rebound, a new low was recorded near $0.32. The XRP price increased by more than 15% and broke through the $0.35 obstacle, overtaking bitcoin and Ethereum. At the time of publishing, XRP is trading at $0.384. 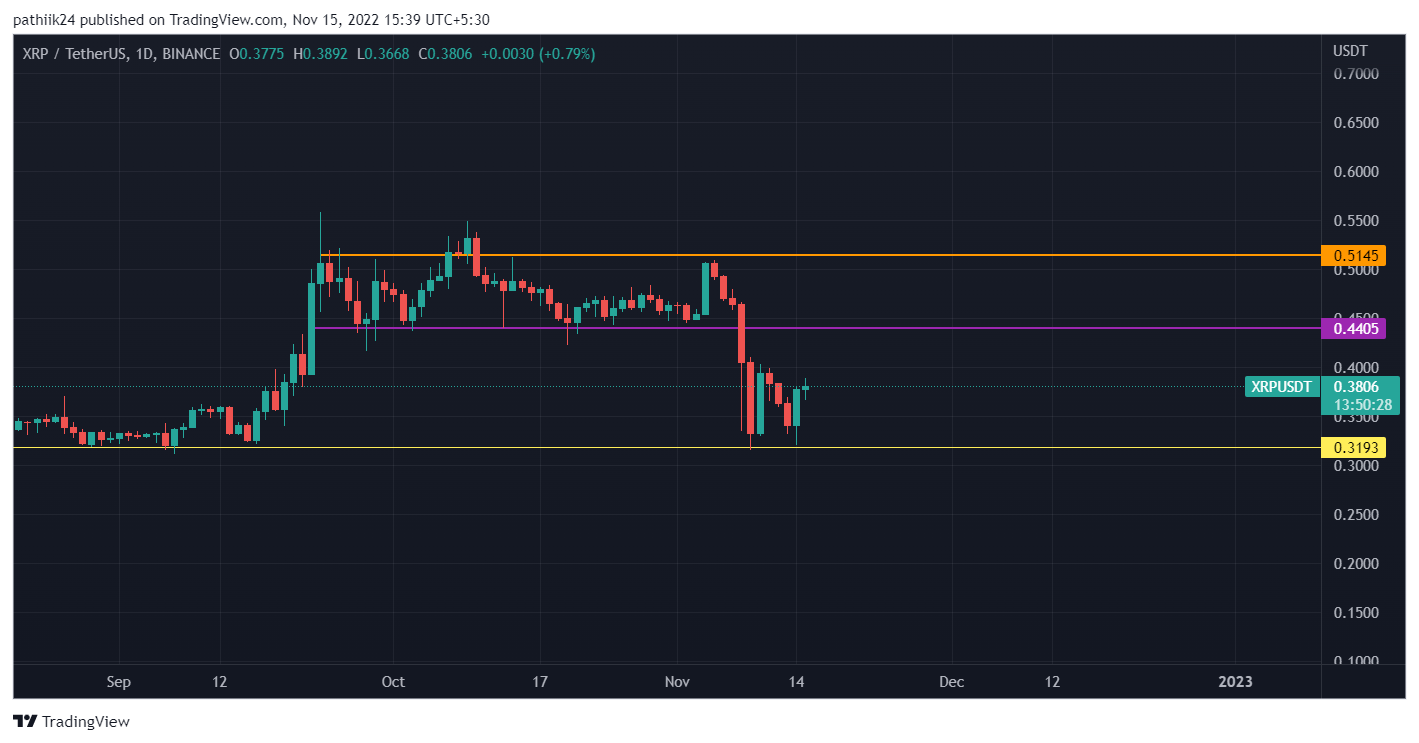 If we zoom out to the weekly time frame, the chart is making a descending triangle pattern for a long time. This is a negative sign which could cause the upsurging coin to fall to its next support line which is at $0.21. 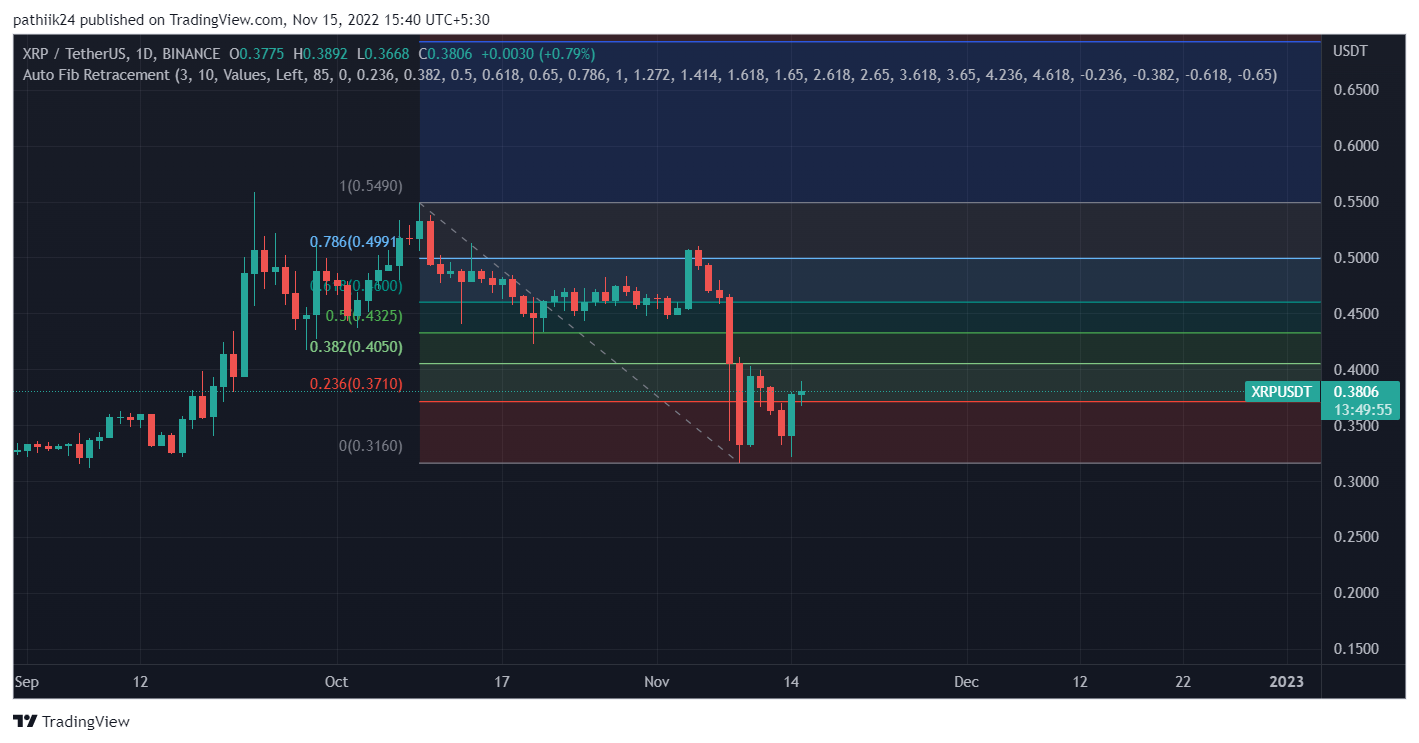 But not all metrics are walking in the down valley. The network activity in the last 30 days has shown a positive sign. The active network address jumped from 278K to 318K since September, an increment of 13%. 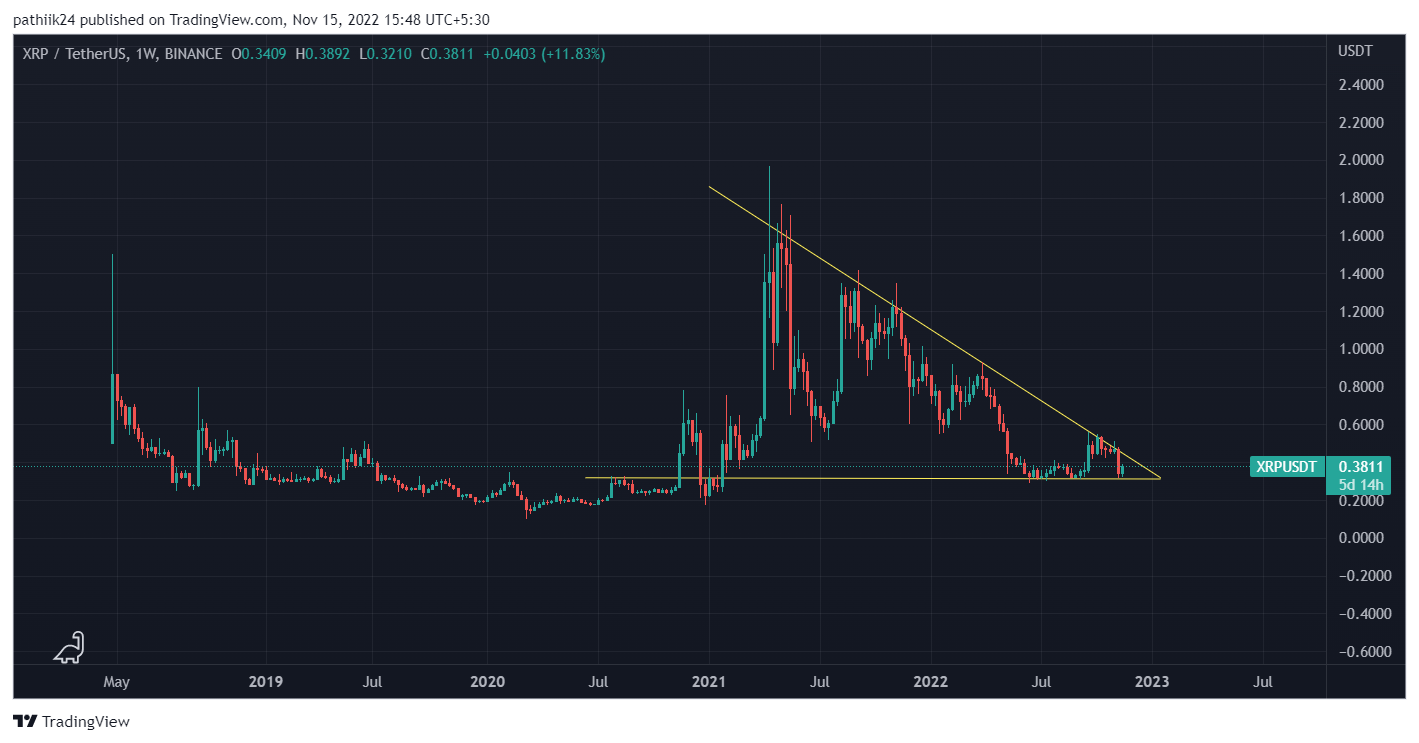 The rise in the value came after Ripple announced its highly anticipated Ripple swell which is going to be held in London on Nov 16 to Nov 17.

The firm shared a tweet regarding the event last night stating:

“Our highly anticipated #RippleSwell Global speakers will be entering stage left, right and centre in just a few days! Stay tuned to hear their expertise on all things #crypto, #finance, payments and more.”

According to Coinbase, the legal action "surprised and harmed" crypto market players, resulting in a $15 billion drop in XRP's market value.

In the lack of cryptocurrency rulemaking, the exchange further contended that the fair notice defence is "essential." It hopes that the SEC will begin collaborating with public stakeholders to develop "pragmatic" crypto legislation.