Over $3 billion was withdrawn by exchange users in the days after FTX's demise, and this trend has persisted.

Binance has received a sizable Bitcoin deposit, as was mentioned by an analyst in a post on CryptoQuant.

The "exchange reserve," which reveals the entire quantity of BTC currently held in the wallets of a controlled exchange, is the pertinent signal in this case.

When this metric's value declines, it indicates that investors are now taking their coins out of the exchange. When such a pattern persists, it may tell accumulation, which would be bullish for the cryptocurrency's price. 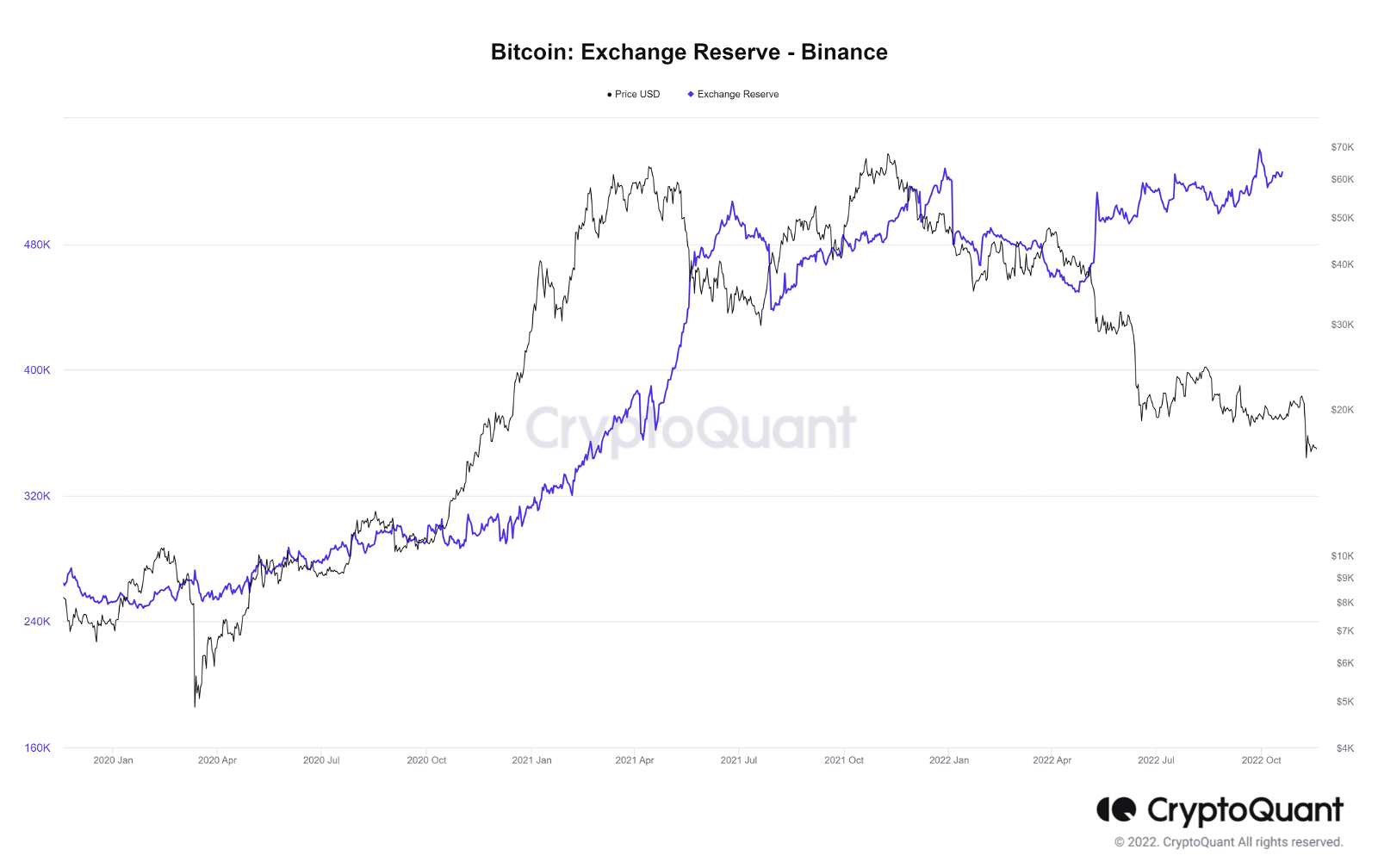 The Bitcoin exchange reserve for Binance dramatically decreased earlier in the month, as shown in the graph above.

These outflows happened after the cryptocurrency exchange FTX collapsed, reawakening investor anxiety about central custody and prompting investors to withdraw their coins from such platforms.

But over the past few days, Binance's BTC reserve has started trending upward again, suggesting that whales may be preparing to dump.

And today, when investors made a significant deposit of 130k BTC to the exchange, the indicator surged quite quickly to a new high.

It still needs to be determined if this represents an organic growth in Binance's Bitcoin reserve or whether CryptoQuant's measure wrongly identified inevitable internal wallet shuffles that the exchange performed as new deposits.

However, if there is a legitimate rise, this might harm the price of bitcoin.

The price of Bitcoin is currently hovering at $16.7k, dropping 3% during the previous week. The value of the cryptocurrency has fallen 14% in the last month.

The coin's price trend over the previous five days is seen in the chart below.

BTCB is a Binance Chain token backed by Bitcoin with a reserved address that is known to the public. At the time of writing, the wallet held 68,200 BTC after losing 127,351 BTC over the day.

However, unlike normal operations, the decline in the BTCB market cap at the same time as the reserve declined shows that actual selling is underway, according to Ki Young Ju, CEO of CryptoQuant.