The Bitcoin Saga: Why Should Investors Keep an Eye on BTC?

One of the wallets from Mt Gox's time transacted 10000 Bitcoin. The wallet made the first transaction since 2017.

As Bitcoin's price traded above the $16,000 level, cryptocurrency markets remained stable. The largest cryptocurrency in the world by market capitalization is down roughly 70% from last year, when the digital currency was trading just below its all-time high of almost $69,000 in November 2021.

Today, the price of Bitcoin, the most well-known digital asset in the world, was trading more than 1% higher at $16,682.

The 4-hour chart shows weak bullish momentum since yesterday, suggesting that BTC will likely peak below the $17,000 significant resistance and fall further later in November. 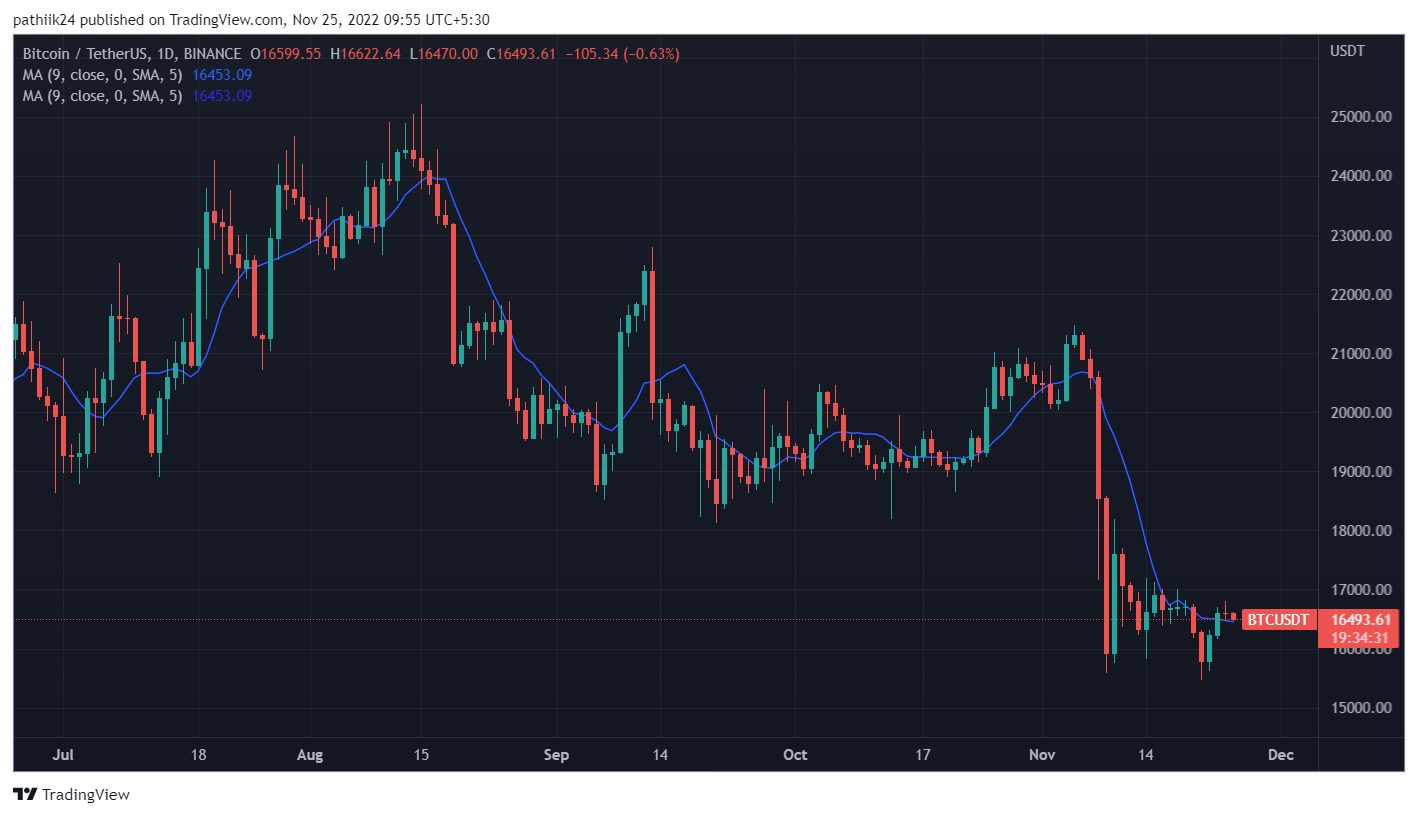 The fib retracement shows the price is consolidating between 0 Fib and 0.236 Fib region which is considered a stable region. While there are high chances of the price going through the 0.382 Fib region as the trading value propagates parallel. 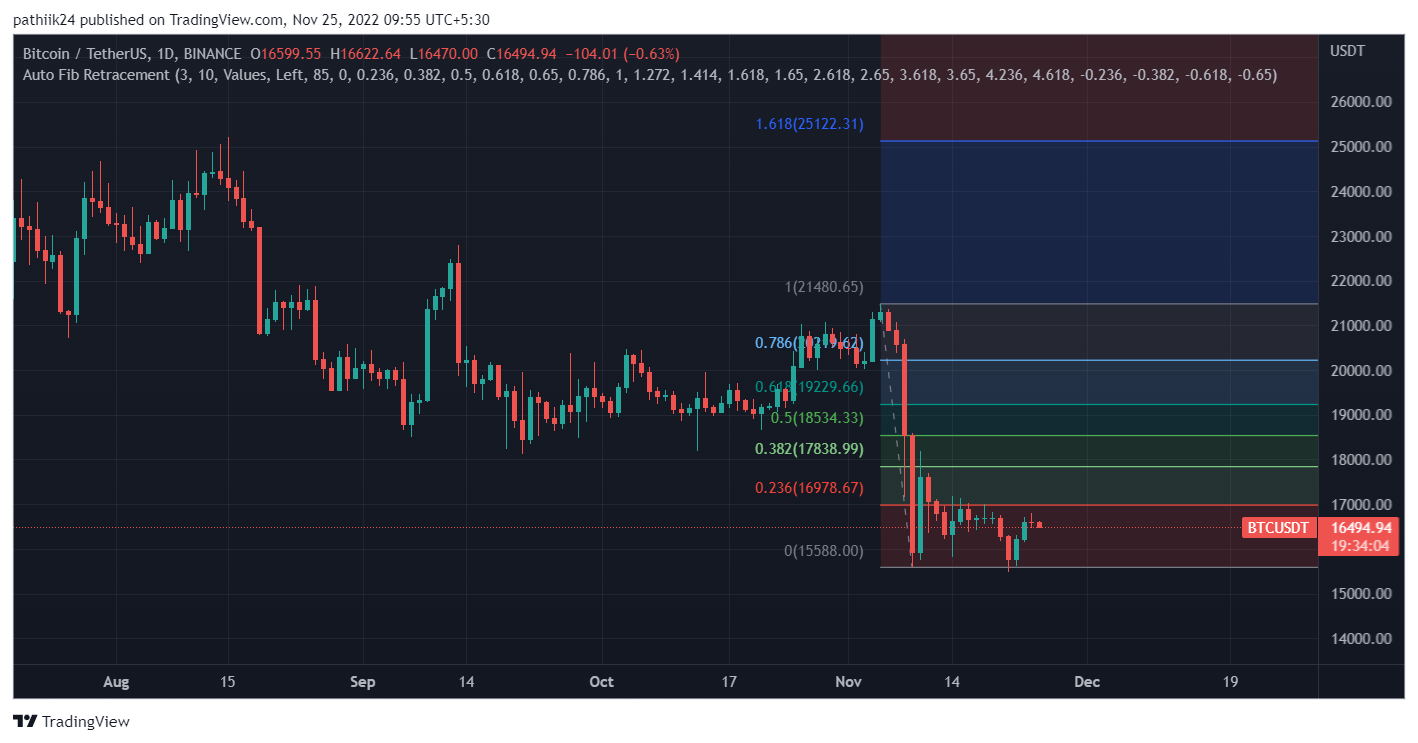 According to data analytics and research firm, Santiment, the development activity has fallen to more than 34% over the past 30 days. This low value shows that the development project is stagnant. Due to Bitcoin's robust system, bitcoin has very minimal exposure to project development.

A crypto wallet associated with the BTC-e exchange, linked to the 2014 Mt. Gox hack, made its first transaction since August 2017, sending a total of 10,000 bitcoin worth approximately $165 million.

A wallet that received 3,500 bitcoin forwarded 300 BTC to another destination as part of the transaction, which took place around 08:38 UTC. That was split further and ended up in several wallets not associated with any known custodial service.

It's possible that the wallet owner sent the money to other wallets, sent it to other people, or cashed it out through an unofficial over-the-counter broker. The remaining 6,500 people remained put.

The RSI shows the neutral region with 40 RSI, which is considered favorable for buying the asset. 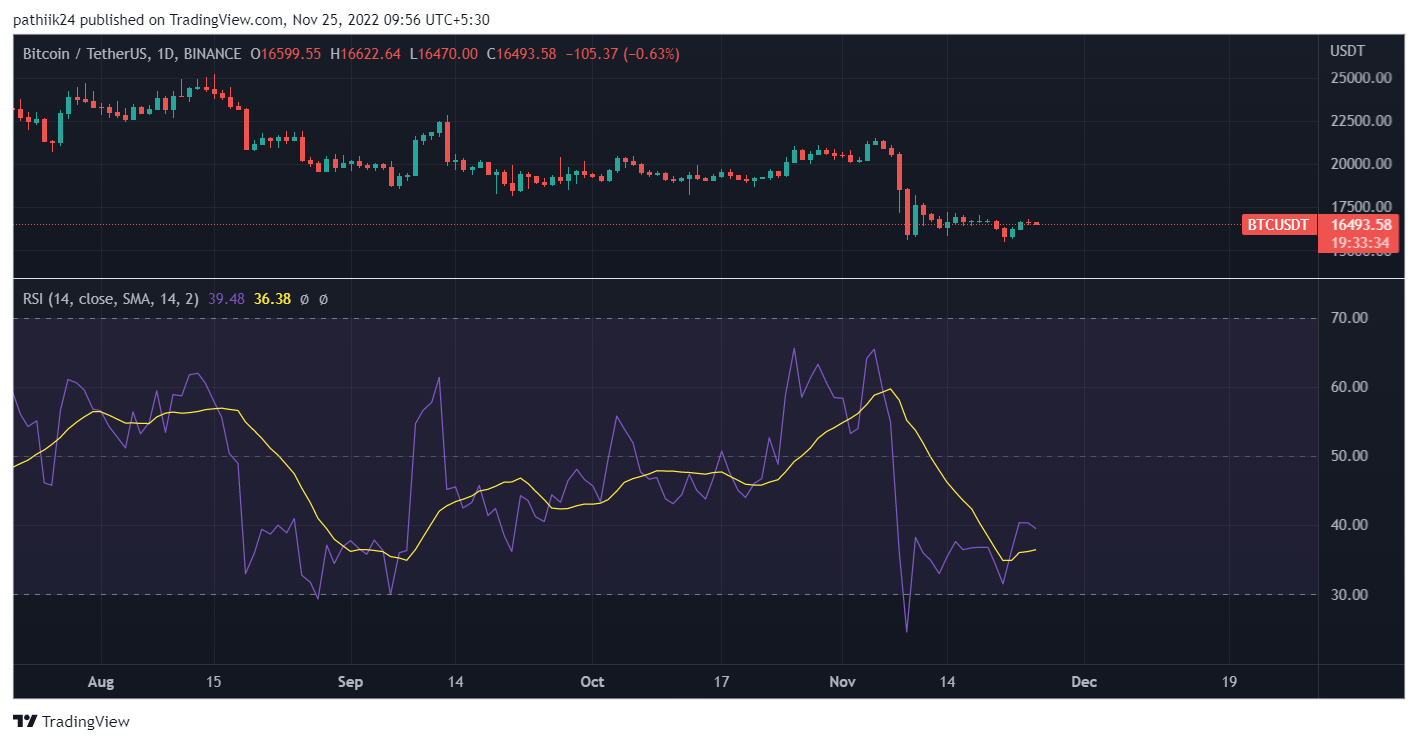