What Next for XRP Holders After the Golden Cross Formation?

Ripple has been fighting SEC's lawsuit for a long time now. Besides that, counting all the positives from the Ripple community, will XRP be able to make it out high?

The U.S Securities and Exchange Commission (SEC) filed a lawsuit again Ripple Labs on 22 December 2020. They alleged that Ripple(XRP) raised over $1.3 billion via the sale of unregistered securities. Among Ripple’s top executives, Christian Larsen (Co-founder) and Brad Garlinghouse (CEO) were charged for making personal gains of $600 million.

Since the lawsuit, Ripple has been consistently in the headlines. Despite what is happening with the lawsuit, the community and holders fully support XRP. The price of XRP ultimately suffered a lot when the trial began in Dec 2020. Since Sept. 2022, Ripple has shown massive strength, and its price finally saw some momentum.

Some users reported that in the last 15 months, Ripple finally showed signs of its first golden cross. 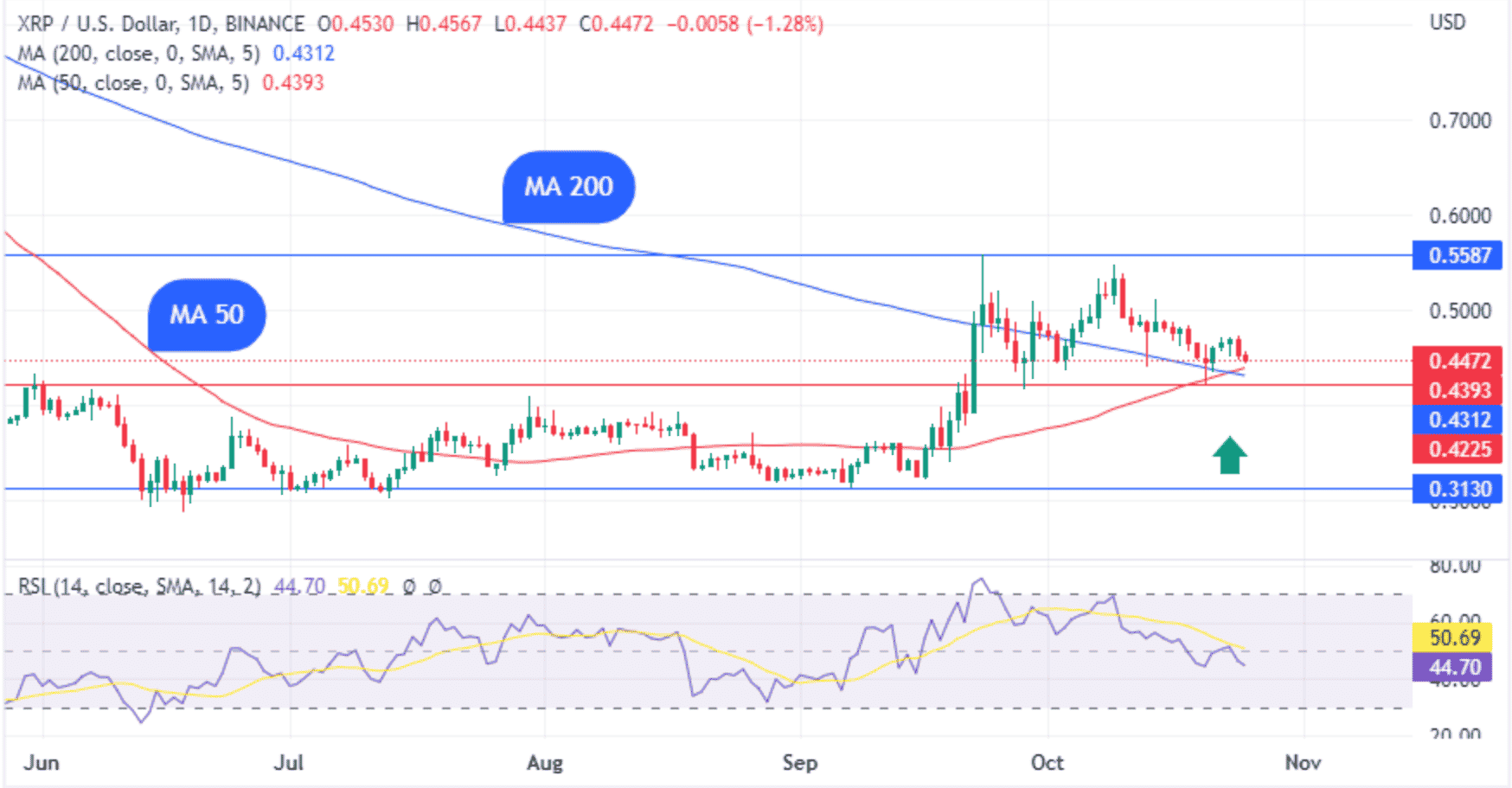 Many analysts recognize the formation of the golden cross as a clear indicator of price rise and an uptrend in the current market conditions. Wait, does this mean a major bull run for XRP?

The 50-day moving average for XRP surpassed its 200-day moving average. Moreover, it formed a bullish golden cross pattern. In the past, the golden cross has appeared multiple times on the XRP charts. The last occurrence in July 2021 followed a 176% in its price rally. During that period, XRP touched $1.41 before it continued to fall further.

Ahead of the SEC vs. Ripple outcome, the latest developments of XRP-Oriented funds saw good inflows. XRP saw new demand within the community. Fiatleak further shed light on the matter. They said that Ripple’s $100 million fund would cater development of XRP-oriented products.

Enough of Good, Let us face the truth!

The sentiments of traders have turned positive. Moreover, XRP expects a rebound soon in its Q4. However, the price of XRP is still in a vulnerable position. According to CoinMarketCap, the current price of XRP is $0.4694. For over four months now, XRP has been under the $0.5 mark. Despite the launch of products, cash inflows, support from the community, and ongoing developments, XRP still needs to show growth.

In the last month, the number of daily active addresses also declined. Moreover, these metrics point to a dark future for Ripple holders and traders.

What do you think will Ripple find light in these dark moments and rise again?