Will Avalanche Benefit From The Recent Developments?

Avalanche is in the news for the recent surge in development activity. Can AVAX witness positive price surge in the coming days?

Avalanche(AVAX) has been in the news for the recent surge in development activity. On November 9, Avalanche revealed that the first AVAX bounty to create analytics for Dune Analytics, a crypto analysis firm, was completed.

The good news doesn’t end here. Avalanche Foundation announced that will provide incentives worth $4 million as AVAX tokens for GMX.

AVAX To The Moon?

The recent announcements didn’t favor the price of AVAX. In the last few days, AVAX fell over 18.71% and is currently trading at $15.35.

The C-Chain Daily transactions chart for Avalanche reveals that the blockchain saw significant growth in the number of total transactions. In a few days, the transaction numbers almost doubled and reached 324,151. 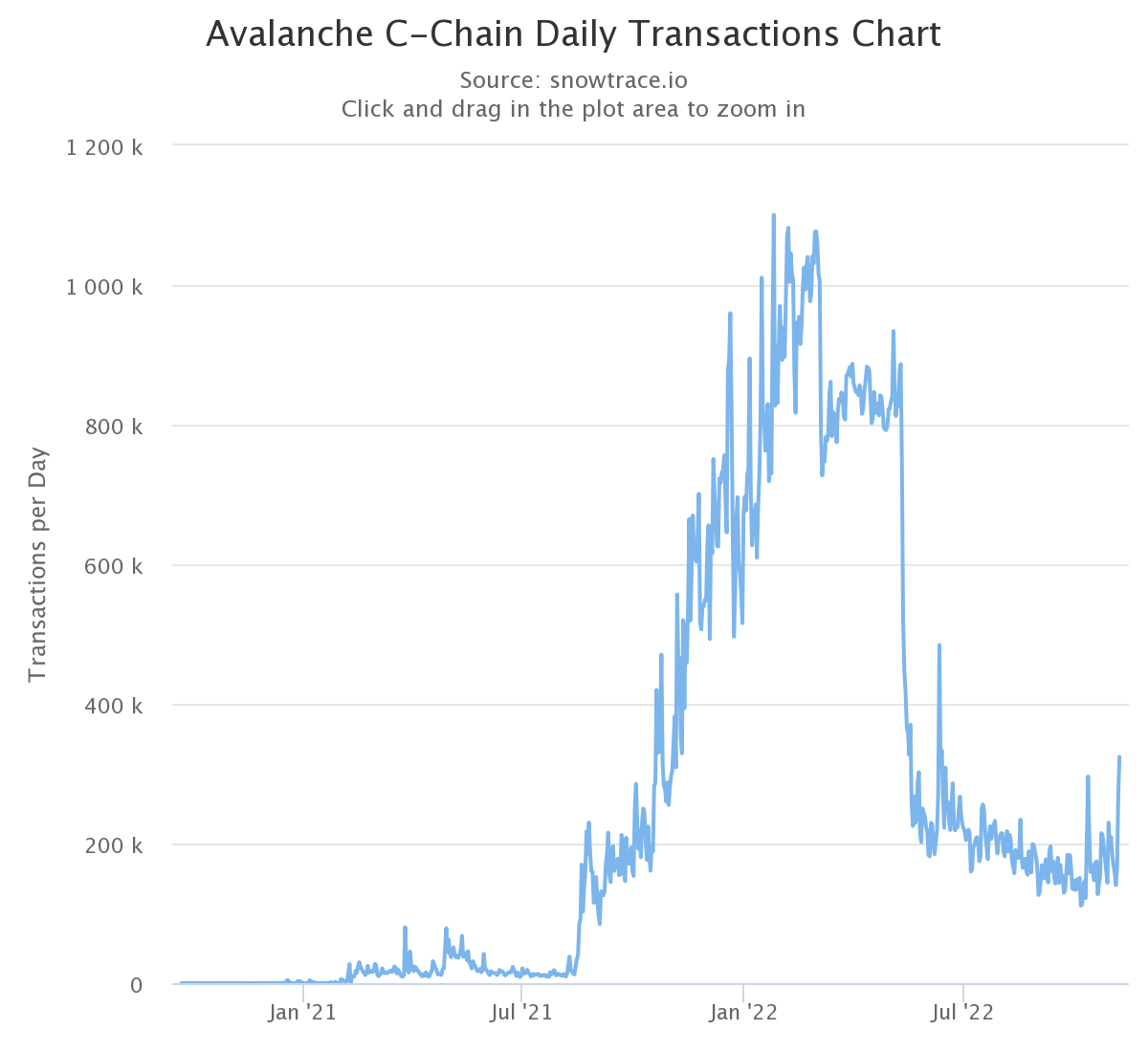 AVAX saw significant growth in terms of volume too. Since the beginning of November, AVAX witnessed a huge surge in volume. And higher volume implies a higher sum total of actual trades taking place. And this ensures enough liquidity available for trading at any single price. Higher volume usually accounts for higher liquidity in the crypto market. And this is a good indication.

The news of recent developments didn’t affect AVAX in terms of the price surge. However, AVAX witnessed a decline in several metrics.

The momentum indicator, Relative Strength Index(RSI), indicates a neutral market condition for AVAX. And the Stochastic indicator also suggests a neutral condition where the current price is in a moderate location between the highest-lowest range over the last 2 weeks.

But what comes next for AVAX? Will AVAX be able to break out of the current levels to make new highs?